Wavelength is the distance at a given instant in time between successive identical points on a wave, for example the distance between two successive maxima. A wave is a pattern that is said to exist where a physical quantity varies both periodically at each point in space, and repetitively in one or more spatial directions, when considered at a fixed instant in time.

A travelling wave is one that moves as a whole with a constant speed.

Wavelength is usually represented by the symbol λ .

Figure 1: The wavelength of a wave is the distance between consecutive points on a wave which are spatially ‘equivalent’. This is shown for two different waves, (a) and (b), each in one spatial co-ordinate, x.

The wavelengths of waves that produce a visible distortion of matter (such as surface water waves and some seismic waves) can be measured directly. However, in general, other methods must be used to determine wavelength.

Many of the methods used to determine wavelength exploit the principle of superposition: when two or more waves of the same type meet at the same time and place, they superpose and the resulting disturbance is the algebraic sum of those of the individual waves. If the superposing waves are coherent, meaning that there is a constant phase relationship between them, then a stationary interference pattern is produced, from which the wavelength of the original waves can be determined.

For example, when light passes through a diffraction grating, superposition of waves from neighbouring slits ensures that strong beams emerge only in certain directions. See figure 2. The condition for constructive interference is that the path difference, dsinθ, between neighbouring slits must be a whole number of wavelengths; the diffraction grating equation, which describes this condition, is

where n is an integer and λ the wavelength of the light, d is the grating spacing, and θn the angle between the nth order intensity maximum and the straight-through direction (which has n = 0). 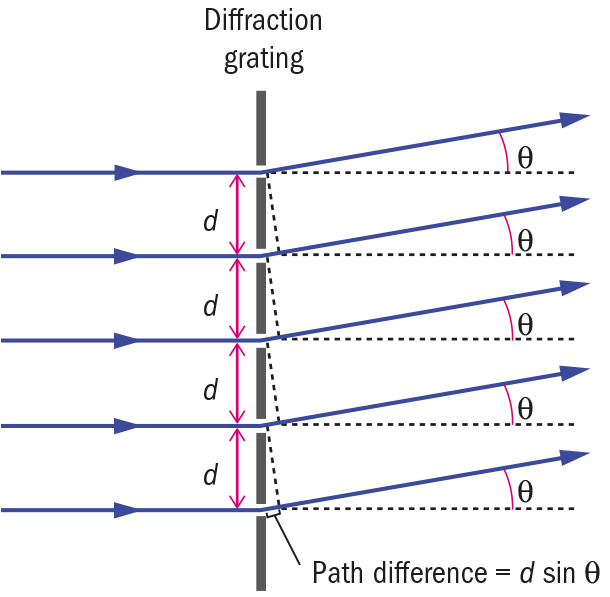 Figure 2: Light impinges on a grating with slitspacing d and is diffracted through an angle θ.

If the grating spacing is known, measurements of θn can be used to calculate the value of the wavelength. 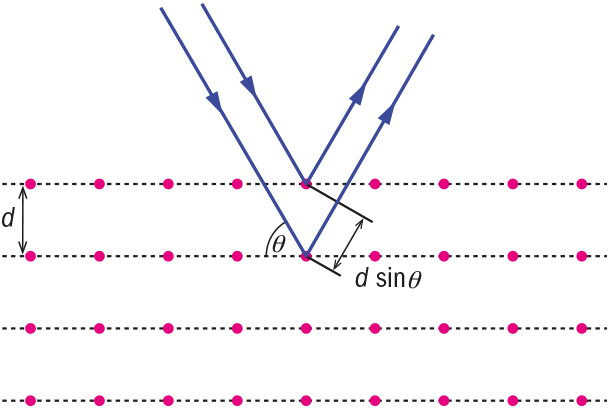 Figure 3: The two blue rays represent light incident at an angle θ to the surface of a crystal, with interatomic spacing d. The pink dots represent atoms in the crystal, and the dashed lines represent crystal lattice planes.

Sound waves, seismic waves and electromagnetic waves all have a large range of wavelengths.

For example, gamma rays are electromagnetic radiation with wavelengths (in air) shorter than about 10 pm (1 × 10-11 m), whereas radio waves, which are also electromagnetic in nature, have wavelengths ranging from about 1 cm up to many kilometres. Visible light wavelengths lie between around 400 nm and 700 nm.

In principle, there is no upper or lower limit to the wavelengths of electromagnetic waves. But for sound waves, which require a material medium for propagation, the wavelength must be at least of the order of twice the interatomic spacing, for a solid or liquid, and twice the mean free path for a gas.

Waves are all around us and an essential part of our everyday life. These series of videos provide useful ideas and practical...

What is light? This question might well be posed by an interested pupil. The approach taken in this topic starts on familiar...