The war of the currents

At the end of the 19th century in the United States, two systems of power transmission competed for business – a battle that became known as the war of the currents.

Thomas Edison developed a low voltage (110 V) direct current system to deliver power to high resistance incandescent lights. Although he initially gave electricity away for free, he later developed the first electricity meter to monitor his customers’ usage. The meter consisted of two zinc plates immersed in a solution of zinc sulphate. Once a month, the plates were removed, taken to a laboratory, washed and weighed in order to estimate the current used. Edison’s direct current system had the drawback that it could only deliver current to locations less than a mile from the power plant.

George Westinghouse initially set up a rival direct current system but, when he learned of the advantages of the systems in Europe, he opened the first alternating current plant in Buffalo, New York.

As Westinghouse’s system gained customers, Edison began to lose business, and the president of the Edison Electric Company, Edward Johnson, issued a pamphlet containing newspaper stories of electrocutions caused by alternating current. Edison reportedly paid children to bring him stray dogs and cats, which he would ‘Westinghouse’ with alternating current to demonstrate the danger of his rival’s system.

It has been suggested that Edison colluded with another opponent of alternating current, Harold Brown, to recommend that the soon-to-be-introduced electric chair should use alternating, rather than direct current. Brown organised an experiment in front of the chairman of the death penalty commission and members of the press in which he killed dogs, calves and a lame horse using alternating current. Perhaps as result of these demonstrations, alternating current was chosen to power the electric chair, and the first execution went ahead in August 1890.

However, despite Edison’s efforts, the numerous advantages of the alternating current system meant it was eventually adopted as the standard method of transmitting electricity. 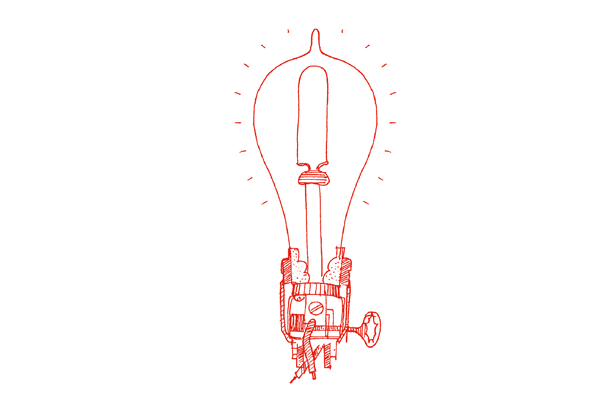 Find the full booklet available to download here. Introduction The story of physics...

The adventures of Arago

One of the first scientists to study eddy currents, François Arago, also served as the 25th Prime Minister of France in 1848...

Electrical phenomena result from a fundamental property of matter - electric charge. The atoms that constitute most matter we...

Having introduced what is involved in measuring electric currents, the pupils are now given the opportunity to make some...

Students often consider the behaviour of a circuit in terms of current and much less often in terms of potential difference.

Many students are unable to accurately represent a magnetic field using field lines.