Developing a description of vibrations that travel: radiations

Many things oscillate – that is, move to and fro about an origin. In the SPT: Sound topic, some of these oscillations were shown to be the source of sounds: things we hear. For that to be the case, three conditions had to be satisfied:

If all three are satisfied the sound radiates from the source to our built-in detector – you can hear a sound. The source-medium-detector model was central to the model of sound.

It's a good and useful starting point. We'll build on this model of radiations as travelling oscillations, of particular frequency and amplitude. The idea that all such radiations terminate at a detector is too restrictive. So the source-medium-detector model is generalised to a source-radiating-absorber model. Some absorbers are detectors, but not all. Some radiations travel through a tangible medium, but not all. 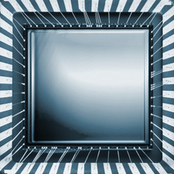 The vibrations that result in you hearing a sound, because of their nature, travel as variations in physical density, so these vibrations rely on a medium made of particles connecting the source to the detector. Other vibrations, very similar in nature, could still travel out from the source but not be detected. They could be above or below the frequency we can hear (so-called infra-sound or ultra-sound) or the amplitude could be just too small: so not enough power in the radiating pathway for the detector to respond.

The sound we hear is part of a family of vibrations: having a similar mechanism of transmission but varying in that different detectors respond differently. What is infra-sound for a bat is only sound to us. This idea of a family of radiations will be important. The SPT: Light topic places light as one of a family of electromagnetic radiations, selected from the family by being that range of frequencies detectable by our eyes.

A classroom activity: planning a radiotherapy treatment for a patient with a cancerous tumour in their lung.

Something vibrates. Later, somewhere else, something else mimics that vibration. The two objects are linked somehow. A wave...

Angling two mirrors can focus two beams. You can predict where it will be brighter by drawing rays from two sources, and using...