James Joule, born in 1818, came from a long-established brewing family and the Joule family brewery is still in operation today in Market Drayton.

Joule had a laid-back approach to safety in his experimentation. To investigate an echo from Scafell, a mountain in the Lake District, he loaded his father’s pistol with a triple charge of powder. On firing, the recoil blew the weapon into a lake. 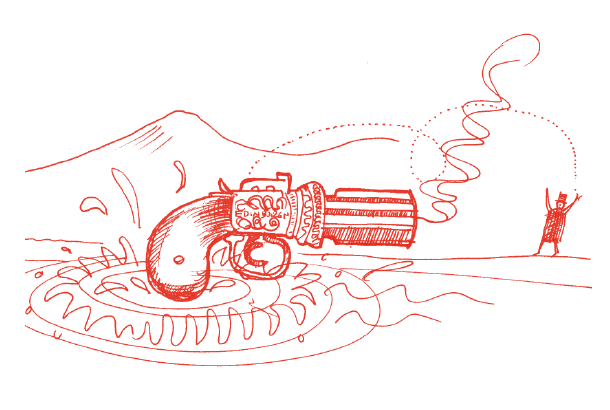 The experience did not instil a cautious approach to experimentation in the young scientist — in further experiments with firearms, Joule is reported to have blown his eyebrows off. It was not only his own safety that was threatened by his experimentation. He tested the effects of a Leyden jar on a servant girl, asking her to report the sensations she experienced whilst increasing the intensity of the shocks until she lost consciousness. Though it is often reported that Joule took a thermometer with him on his honeymoon, and made measurements of the temperature of a waterfall, Joule’s biographer reports that the story only appeared 35 years after the alleged event and is likely a fable.

William Thompson (later, Lord Kelvin) remarked to his brother that Joule’s ideas “have a slight tendency to unsettle one’s mind”. A good example is Joule’s well-known paddle-wheel experiment. Although intuitive today, it was the first method which demonstrated work done mechanically is equivalent to work done by heating.

The paddle-wheel experiment seems to be straightforward, but attempts to replicate it from Joule’s methodological description highlight his prowess as an experimental scientist. Joule’s instructions require an experimenter to use pulleys to raise and then drop two 13 kg masses 20 times within a 35-minute period — a feat which requires considerable muscle strength. To add to the challenge, between each winding, the experimenter must pause to take temperature readings from behind a wooden shield to prevent heating by their body affecting the experiment.

A present-day replicator of the experiment concluded with exasperation: “Having worked to replicate Joule’s experiments with his apparatus, I find it more than a little irritating that he states, without elaborating, that ‘the method of experimenting was simply as follows’.”

In 1858, Joule was returning home from London on the Scotch Express when, near Nuneaton, the train hit a cow that had wandered onto the rails. The carriages toward the front of the train were derailed in the collision and three passengers were killed. Though Joule was unharmed, he reported his shock at seeing the locomotive crew calmly eating sandwiches in the aftermath of the crash. The accident made him anxious about train travel and it is claimed that he turned down the opportunity to be renominated to the Council of the Royal Society to avoid further trips to London.

Despite his many scientific achievements Joule was a modest man. He commented to his brother: “I believe I have done two or three little things, but nothing to make a fuss about.” His gravestone, in Sale, Greater Manchester, has the number 772.55 engraved on it, the magnitude of work required to heat a pound of water by one degree in foot-pounds (an imperial unit of work whereby 1 foot pound is equivalent to 1.4 J).

Students first perceive energy as activity, or the ability to do work