There's more to seeing than meets the eye

You will probably be familiar with the mechanism of seeing. Light enters the eye through the pupil and the cornea and lens act together to create an image on the retina. When light lands on the retina, the light-sensitive cells in the surface produce tiny electrical signals which travel to the brain via the optic nerve.

What then happens within our brain is amazing. The signals from the retinal cells in each eye move rapidly around the brain as we seek to make sense of them. Different parts of the brain process these signals by comparing the combinations of electrical data with existing learned patterns. Different parts of the brain have different functions. For example, some parts focus on recognition of faces, others on trying to interpret written words, others focus on colour or shape recognition.

A simple ray diagram (more details about rays diagrams follow in the next episode) demonstrates a rather surprising feature of the image formed on the retina. 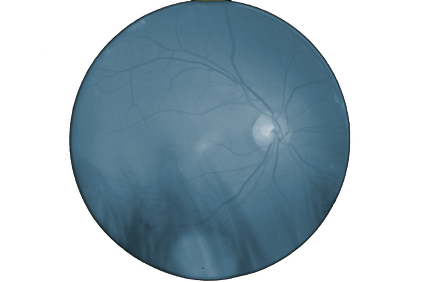 Of course this crossing-over also occurs for rays from the left and right-hand sides of the object, which end up on opposite sides of the image. In this respect the image formed on the retina is not only flipped vertically but also horizontally.

Does this mean we see the world upside down and the wrong way round? Thankfully no! The brain intervenes and processes the signals so that we perceive the object as being the correct way up and the right way around. In this respect it is fair to say that there is more to seeing than meets the eye! The brain is central to the process of seeing.

The reversal of images also occurs in cameras. In episode 02, we consider in detail how a ray diagram can be constructed to demonstrate this for a pinhole camera.

Class practical: Producing a simple spectrum by dispersion of light.

The speed of light

The speed of light, in metres per second, is one of those huge numbers that is occasionally thrown up in science and that can...

Beyond the visible spectrum

This experiment can be used when introducing the electromagnetic spectrum. It shows that there is a form of radiation beyond...