The taste of electrical current

Johann Georg Sulzer, a Swiss professor born in 1720, is perhaps the first person to have reported electrogustation, the electrically induced sensation of taste. Sulzer described how, when pieces of lead and silver touched his tongue, they produced the taste of green vitriol (iron sulphate). 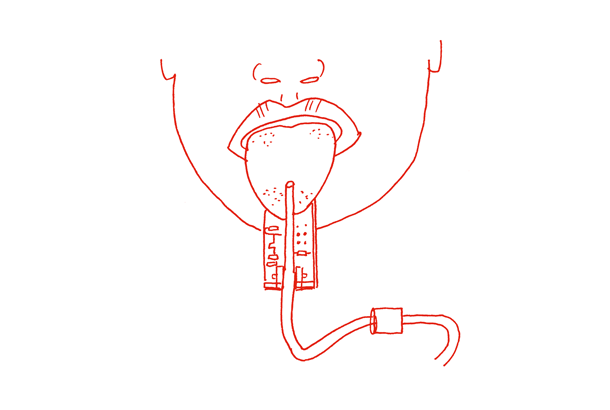 More recently, a team of researchers has developed an implement, called ‘Spoon+’, which applies weak current pulses to the tongue. They report that different tastes require different magnitudes of currents: sour 120 μA, salty 40 μA and bitter 120 μA, with a reversed polarity anode on the bottom of the tongue.

The team has also created a ‘digital lollipop’, a device that can be placed on the tongue to simulate a range of tastes through the application of different currents.

A transistor as a current amplifier

Electrolysis of water and the concept of charge

Demonstration: the electrolysis of water yields oxygen and hydrogen gases and simple calculations estimate the charge of the...

Having introduced the basic elements of the electric circuit model, attention is now turned to measuring electric currents. It...