A stretched or compressed material will experience strain. If the material is of uniform cross-sectional area, strain describes the size of a deformation produced by the application of a force or stress, expressed as a fraction of the relevant dimension of the undeformed material.

where x is the undeformed length of the material and Δx the increase in length when the sample is subjected to a force. If there is a compression Δx will be negative. (NB other symbols are also commonly used e.g. x for extension and l for original length.)

Figure1: An object lengthening under a pair of forces.

Describing strain
In a simple model of material deformation, the deformation is in the same direction as the force that produces it. But in practice this is an over-simplification – for example, stretching a wire also reduces its diameter.

If the opposing forces are not aligned, then they produce a torque, rotating the sample rather than stretching or compressing it. If there is an opposing torque of the same magnitude, then the sample will be subjected to a shear stress as in figure 2. As the deformation is now at right angles to the original length, the shear strain is the tangent of the angle shown in figure 2 – which in practice is a very small angle.

A full description of the way that an object responds to stress is complicated, even when the material of the sample is uniform. The size and direction of any forces inside an object may vary with position throughout the object; the resulting deformations also vary and are not solely in the same direction as these forces. Mathematical techniques, such as calculus and tensors, as well as computers, are usually required to represent and analyse the situation. 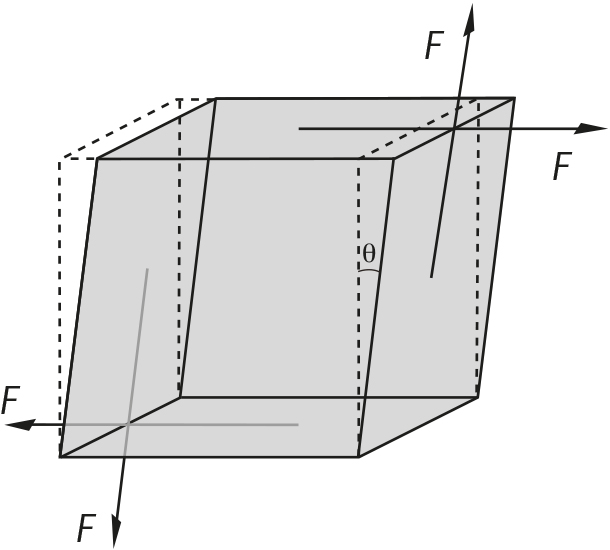 Figure 2: An object subject to two opposing torques being deformed. This strain in this type of deformation (shear) is given by tanθ.

Many materials break when relatively small strains are applied, and often the associated ‘extensions’ are barely perceptible to the naked eye. For example, a steel wire can only undergo a strain of about 2 × 10-3  before breaking, so a steel wire with an initial length of 1 m only extends by about 2 mm. Measurements of strain in laboratory samples therefore usually involve carefully designed experimental arrangements, for example, using long lengths of wire so that the actual extension is as large as possible, and Vernier instruments that enable small extensions to be measured.

However, some polymer materials, such as rubber, can undergo extremely large strains. This property is exploited in applications where large strains are desirable, for example in ropes used by rockclimbers; a falling climber can be brought to rest over a relatively long time as a ‘dynamic rope’ made from polymer materials extends by many centimetres, rather than the climber being halted abruptly by a steel cable.

The Young modulus is often regarded as the quintessential material property, and students can learn to measure it. It is a...

Richard Feynman famously demonstrated the role of brittleness in the failure of a rubber O-ring in the Challenger Space...