More about the action of the battery on the charged particles 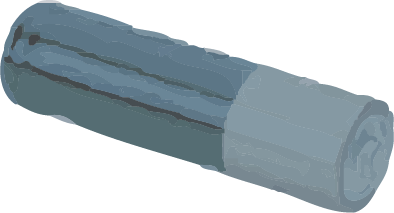 Why do we say that these ideas about voltage are two ways of telling the same story? The answer to this question takes us back to the detailed explanation, introduced in episode 01, of how electric circuits work.

When a second battery is added to a circuit, increasing the voltage, the effect is to strengthen the electric field around the circuit, between the positive and negative terminals of the battery. There is a greater force (or push) on each and every charge in the circuit due to the stronger field in the wire (as the positive terminal becomes more positively charged with respect to the negative terminal). This stronger field produces a greater acceleration of charged particles between interactions with the ions in the filament of the bulb, and so more energy is shifted from charge to ion during each interaction. So, at one and the same time, increasing the voltage results in a bigger push on each charge and more power being switched by the current.

Once the circuit is up and running then there is a steady flow of charge, but the battery is needed to maintain that flow. As...

Depending on the ability and experience of your students you may need to spend time reviewing their previous knowledge and...

The diagnostic questions can be used to check the pupils' understanding of parallel circuits.