In this demonstration students see that if there is temperature difference between the bottom and top of a coloured liquid, the top surface moves. You can use it to introduce solar convection.

The liquid soap/shampoo will need to contain glycol stearate, glycol distearate, or glycerol stearate in order to make the convection cells visible. Moisturising products with a pearlescent appearance often contain one of these. Check ingredients on the bottle.

Be careful not to touch the hotplate when it is on. The liquid temperature should not exceed 50°C (check with a thermometer).

Students may talk about heat or energy rising. Emphasise that neither energy nor heat are substances. Convection is mechanical process that it is best described in terms fluids at a higher temperature expanding and floating, and then cooling and sinking. In this experiment it is driven by the hotspots created by the coins at the bottom of the tray. 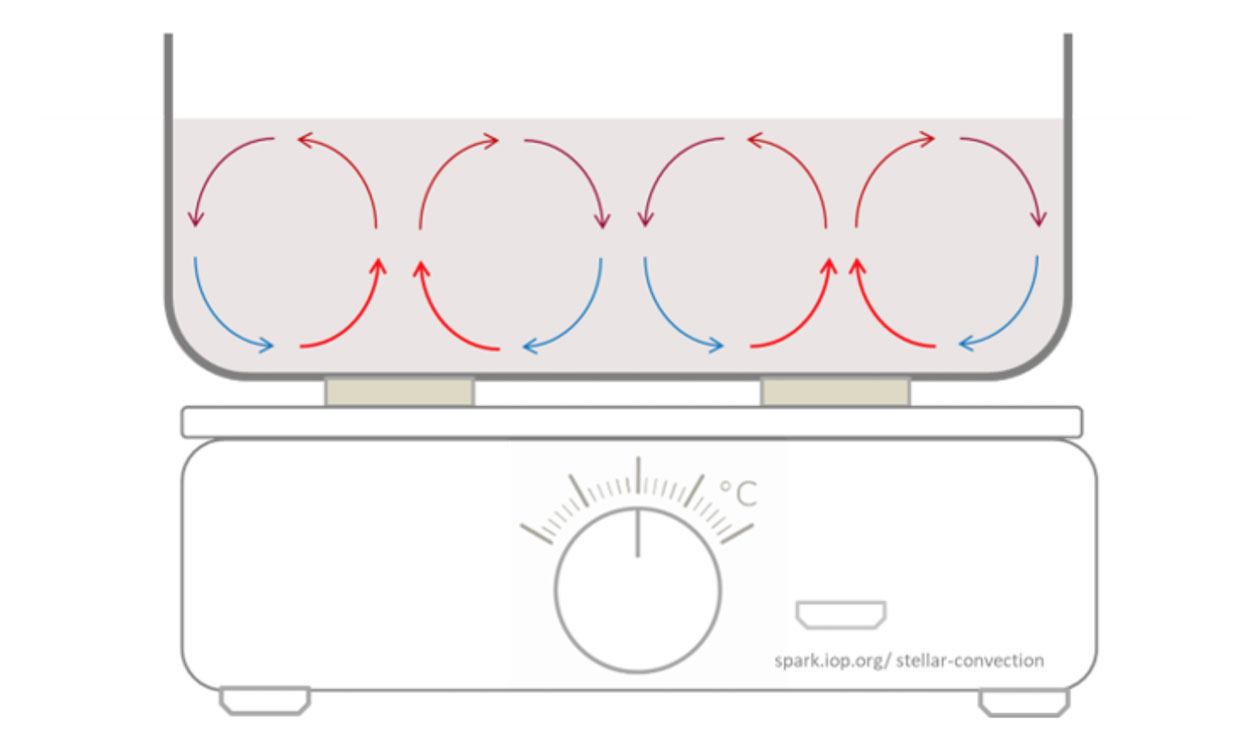 The columns of rising and falling fluid are called convection cells. When we look down on the tray we see the top of the cells: the liquid appear as it rises to the surface, moves across the surface and then disappears at is sinks back below. The process is a repeating one so the water gets circulated continuously as long as there is a temperature difference between the bottom and top.

Link the demonstration to stellar convection by providing an image of the sun’s surface. The giant granules they can see are the top of very large convection cells formed by plasma rising upwards from the hot interior to the cooler surface. 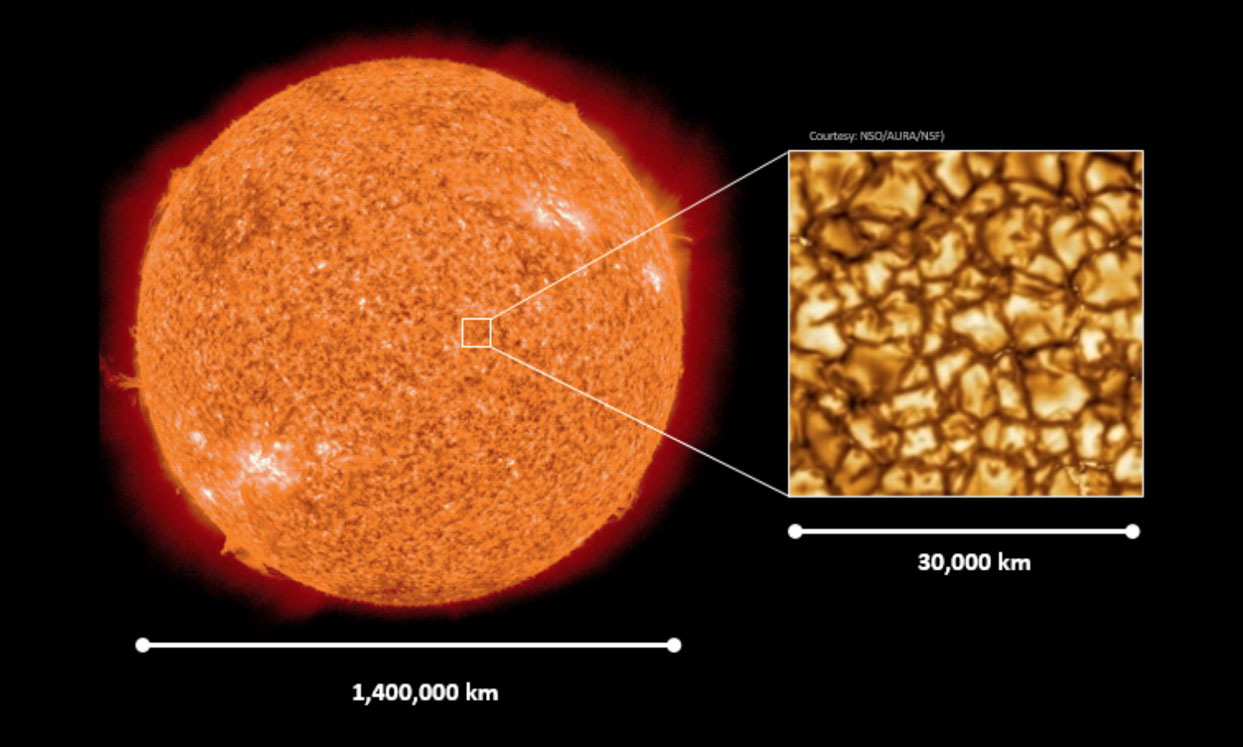 Students describe how convection cells are formed and why they are responsible for the grainy appearance of the Sun.

Even though the Sun and Moon are such familiar objects in the night sky, many children and adults alike struggle to explain...

Lunar eclipses occur when the Earth comes between the Sun and the Moon so that the Earth casts its shadow on the Moon. As the...

Simple variations in temperature on a globe

Here you can show how the top and bottom of a globe are warmed less than the parts facing the source of illumination.

is a type of Main Sequence Star
2023 IOP Awards