In this activity students observe a crate being lifted by two different methods. You can use it to introduce horizontal and vertical force components. 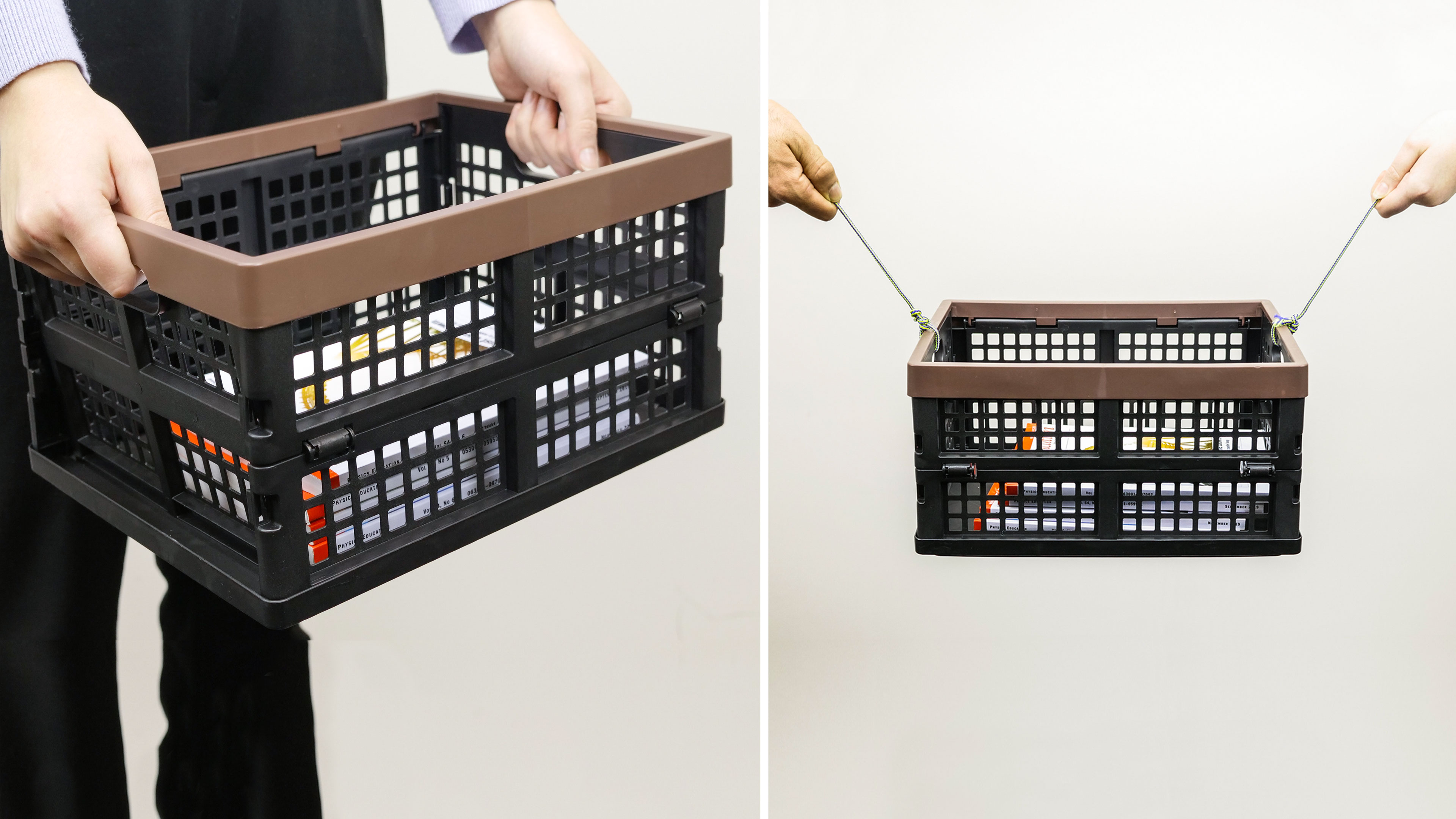 Before the activity attach a length of rope to each end of the crate. Ensure that the ropes are tied securely and that the crate doesn’t tip over when lifted. During the demonstration discourage volunteers from trying to impress their classmates by pulling on the ropes with exaggerated force.

Most students should be able to identify forces acting on the crate lifted by hand and explain why they balance. The forces are vertical. Each hand provides half the upward force required to balance the pull of gravity.

For the crate lifted by ropes some may struggle with the direction of the lifting forces. Explain how they arise. When the crate is lifted off the ground, the ropes stretch slightly, exerting forces along their length and at an angle of 45°. 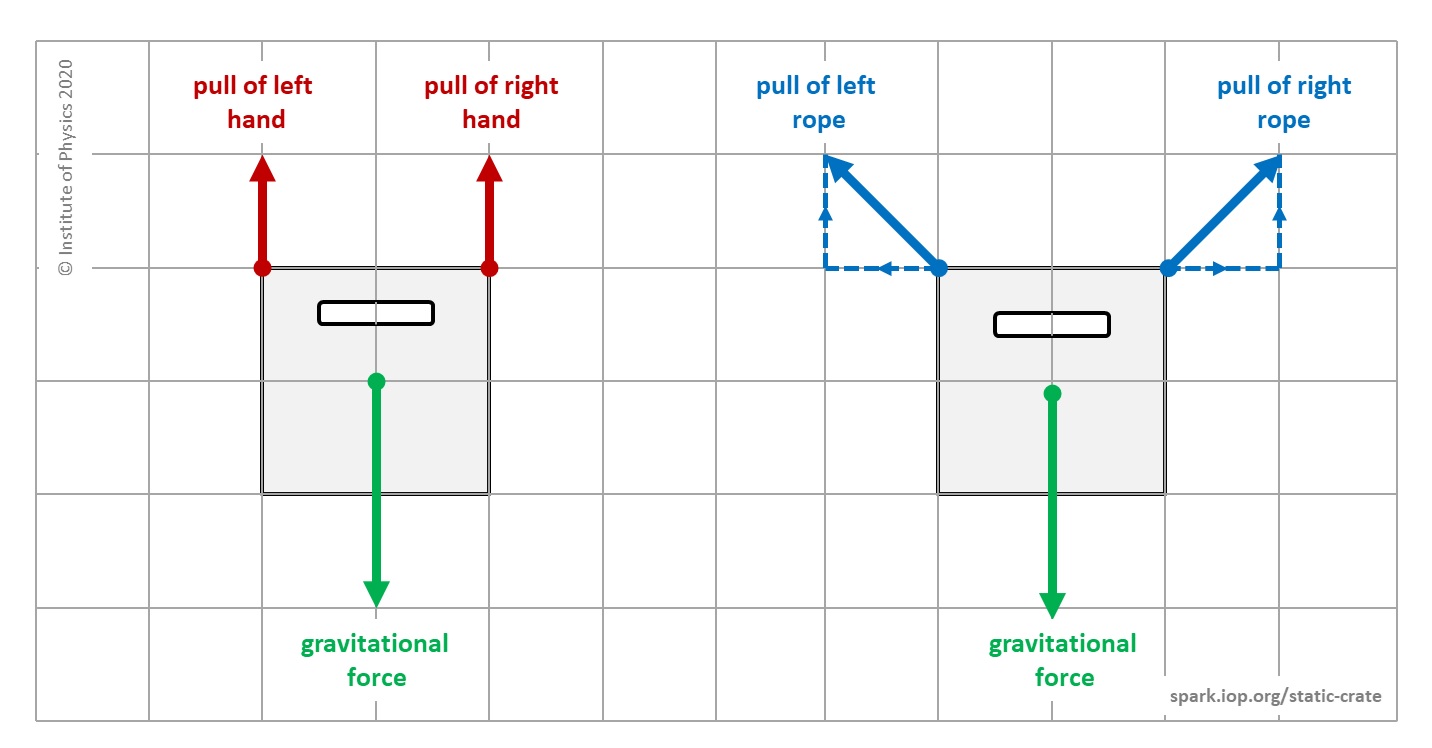 No matter how hard your students pull, it’s impossible to get the ropes completely horizontal because you always need a vertical component to balance gravity.

Forces in films and popular culture

The idea of action at a distance is hard, and sufficiently counter-intuitive that physicists arguably invented the idea of the...

This experiment is to get a feeling for just how small a joule is–how little mechanical working needs to be done over just how...