Starting points on sound, light and other radiations

When we teach about sound, light and other radiations in school, it is well worth remembering that these are familiar things within our everyday lives, whether talking about sound systems, different kinds of lighting and so on.

Some 10-year-old boys were overheard recently having a conversation about, How long it takes a beam of light to travel from England to America.

This is a very good question. It is also a question that begs further probing.

What do the boys imagine a beam of light is?

What is it that actually travels from England to America?

How could this particular journey be timed?

Insights into how young people respond to questions such as these are very helpful in identifying teaching starting points. So we asked some 13–15-year-old students a set of probing questions.

It's a well known fact that it takes light about 4.5 years to travel from Alpha Centauri, our nearest star (apart from the Sun), to the surface of the Earth.

What does it mean to say that it takes 4.5 years for light to travel from Alpha Centauri to Earth? Explain in your own words.

1: If you shine a very bright light in the direction of Alpha Centauri it will take 4.5 years for the light rays to reach the star.

2: Like if you put a light bulb on the nearest star and the light switch of that bulb on Earth and flick the switch it will take 4.5 years to travel.

3: If you imagine light is a group of men it takes 4.5 years for them to walk to Earth.

4: As light is emitted from Alpha Centauri it travels through the vacuum of space all the way to the surface of Earth.

All four of these responses involve something moving from Alpha Centauri to Earth. This is very clear in response 3, which draws an analogy with a group of men walking to Earth. At the same time student 4 refers to the vacuum of space. So, if we have nothing in space, the question arises as to what is doing the travelling?

This is a challenging question for both teacher and learners (see the Challenge: Light passing through nothing).

Students' views about how sound travels 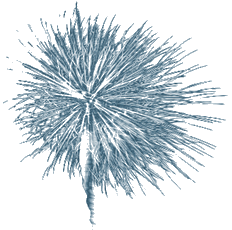 1: Sound just can't magically go into your ears, it needs to travel.

2: When the explosion happened it made sound waves. These sound waves then travelled to Steve's ears.

4: It means that the noise had to travel to Steve's ear like a car but it takes a bit quicker.

Each of the responses involves something travelling from the explosion to Steve's ears. This something is: sound, sound waves, vibrations, noise.

There is a strong sense of something, like a car, starting at the explosion and travelling to Steve's ear. In fact, this is not the case. Nothing of substance travels in a sound wave as the vibration is passed on from each chunk of air to the adjacent chunks.

Establishing this fundamental property of waves is a challenge to be addressed in teaching as it goes against the common-sense ideas illustrated by these responses.

Ian is arguing with Neil. He reckons that light from the Sun is the same kind of thing as X-rays. Neil thinks this is daft: We can see using light; we can't see with X-rays… it would go straight through us!

Who do you agree with: Ian or Neil?

Ian: Light is the same kind of thing as X-rays.

Neil: Light and X-rays are quite different.

Explain in your own words your reasons for agreeing with Ian or Neil.

Many of the younger students agreed with Neil:

1: X-rays don't use the same light as the Sun because the light from the Sun is so strong and that's from far away, but an X-ray is taken from close and is nowhere near as strong.

2: X-rays use radiation to see inside people's bodies rather than sunlight which is not for looking through you.

3: X-rays use radiation but light is completely different.

The main line of argument here is that X-rays are different from light because they can do different things, such as see inside people's bodies.

Responses 2 and 3 refer to X-rays as using radiation, whilst light seems to be taken as something completely different.

Some older students argued that light and X-rays are different, because:

4: They have different wavelengths and frequencies.

5: They are different points on the electromagnetic spectrum.

6: Visible light is in a completely different part of the electromagnetic spectrum so it is different to X-rays.

Some older students agreed with Ian:

7: They're just different places in the light spectrum.

8: They are quite similar as the wave speed is the same.

9: They are both part of the electromagnetic spectrum.

Response 8 raises the key point that all of the radiations of the electromagnetic spectrum travel at the speed of light.

The Stig (II) drives his test car down the long straight of the racing circuit. Why do you think the car makes that familiar wheeeeyyyyyyaaaaaa sound as it hurtles by? Explain in your own words.

1: Sound waves spread the farther away you are and so sound quieter. As the car gets closer they spread less and so sound louder.

2: It's the sound of the engine and it gets louder because it gets nearer and quiets down when it gets further away.

3: The friction of the tyres sticks to the tarmac it will make the wheeeyyyaaaa sound.

4: The car will make a sound which builds up and goes down again as the sound firstly travels towards the man. But the sound waves decrease as they travel away from him making the wheeeyyyyaaaa sound.

6: The faster the engine goes the more explosions occur per minute in the engine, producing higher pitched sound (high frequency).

7: The sound waves given off by the car when it is at a distance away are slightly distorted. But as it gets closer the sound waves heard are much clearer as they don't have to travel as far.

From these answers the change in sound might be due to: a change in loudness; the friction of the tyres; the sound building up and going down; a change in concentration of sound waves; the engine speed; or distortion of sound waves. It is clear that there are plenty of alternative common-sense ways of explaining this familiar effect.

Older students may have met the Doppler effect

Some of the older students had been taught about the Doppler effect and were able to give very good responses:

8: The sound waves squash up when coming towards us giving them a higher frequency and when travelling away the opposite happens.

9: As the car approaches all the air gets squashed and as it goes away the air is expanded: Doppler effect.

You'll nevertheless want to probe what lies behind these words to ensure that the ideas are connected up as you'd hope. Responses 8 and 9 are both on the right lines.

Light passing through nothing

Many students believe sound can travel through empty space