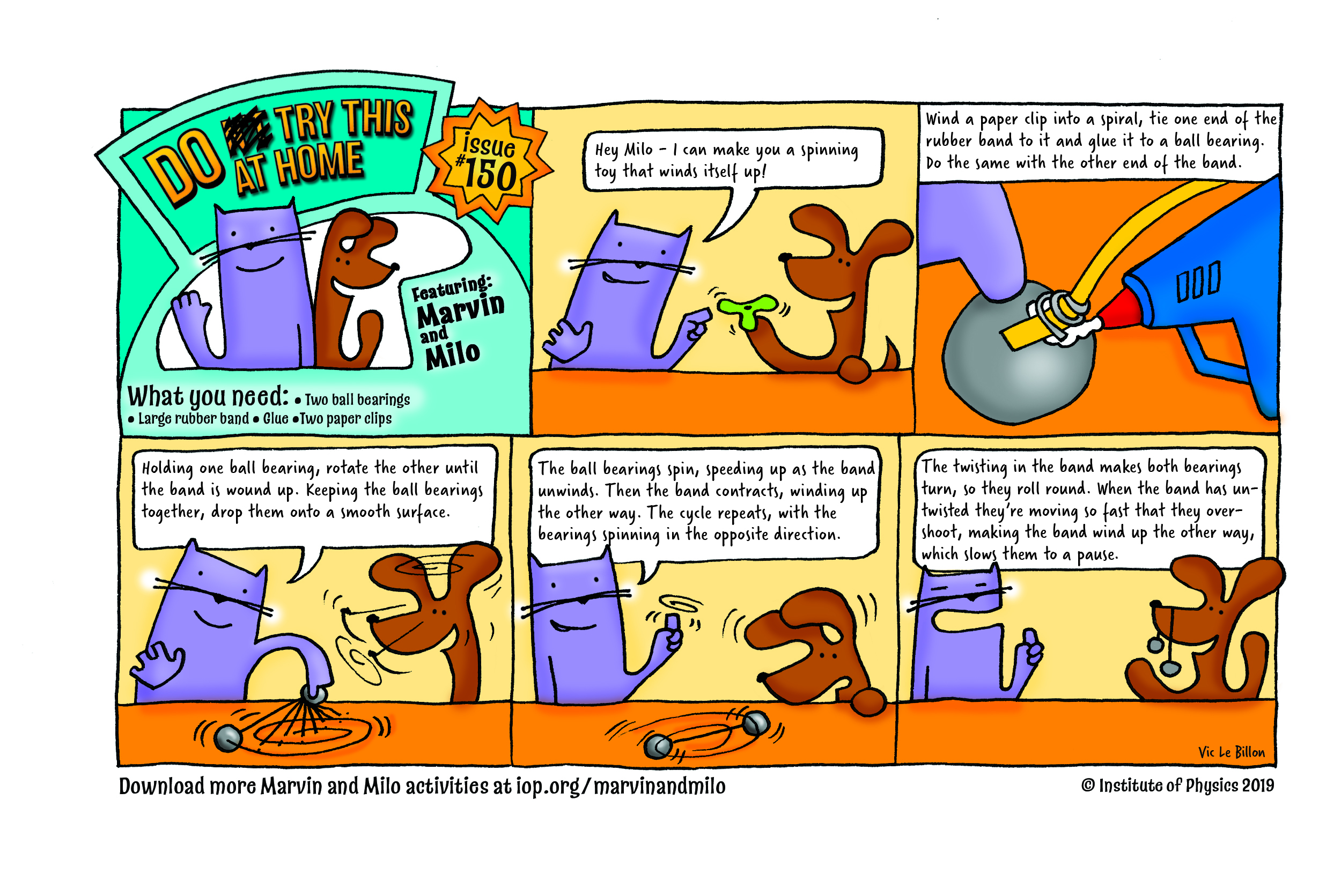 The ball bearings spin, speeding up as the band unwinds. Then the band contracts, winding up the other way. The cycle repeats, with the bearings spinning in the opposite direction.

The twisting in the band makes both bearings turn, so they roll round. When the band has untwisted they're moving so fast that they overshoot, making the band wind up the other way, which slows them to a pause.

These experiments have not been specifically safety tested for home use but we believe them to be safe if the instructions are followed. Adult supervision or direction is recommended as appropriate. All experiments are carried out at your own risk.

You spin me right round

Ultracentrifuges are devices used to separate materials and can achieve accelerations of up to 1,000,000 times the...

Centrifugal motion at a fun fair

A thought experiment about a common example of circular motion to stimulate a fruitful classroom discussion.

Just as is the case for some students, Newton is reported to have struggled to change his conception of motion from one...