Sounds in solids and gases

The speed of sound in solids and gases

Wrong Track: Sounds travel more slowly in solids because they are denser than gases and so it's harder for the sound to get through.

Right Lines: The particles in solids are closer together and more tightly coupled. So the delay in the vibration being passed on between neighbouring volumes of particles is much less. Sound travels faster in solids than in gases. 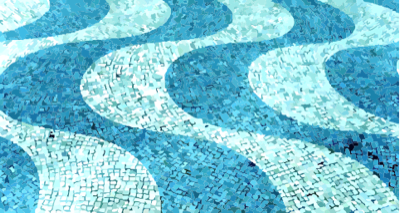 Based on everyday reasoning many students believe that sounds travel more slowly in solids than in gases.

Links can be made here to the masses and springs wave model introduced in the Physics Narrative.

The wave pulse travels at the highest speed through the model when low masses are held together by stiff springs. This is good for a solid, provided that you remember to include the effect of both mass and stiffness on the speed.

In fluids, this mass and spring model is not good for describing the connections between individual particles, but the bulk properties of the materials do have measures like mass (you might spot that this is simply density) and springiness that together set the wave speed.

Amplitude modulation is one way of encoding a signal on a carrier wave.

The speed of light is constant. It is the same everywhere, and is the top speed: a universal speed limit. The way we measure...

Many students believe sound can travel through empty space