A solar scientist talks about her job 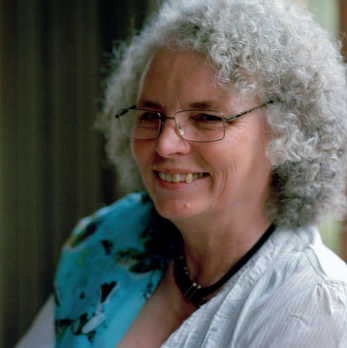 “I am involved in analysing space observations of the Sun, specialising in solar spectroscopy in UV and X-rays. I have worked on many solar space projects, most recently on SoHO (Solar and Heliospheric Observatory), SDO (Solar Dynamics Observatory) and Hinode. We have created an atomic database called CHIANTI which is used by everyone analysing solar spectra. We are able to determine the temperature, density, elemental abundances and motion of the solar plasma. We can then compare these to theoretical models.

“I work best with a team of people, with a variety of skills. Solar space observations require the skills of many different people. I like to think of myself as one piece in a jigsaw puzzle. On a daily basis, I help analyse new observations, discuss scientific results with my colleagues, do some calculations on a computer and write papers. It is very exciting when we get new results and a new understanding of a feature in the solar atmosphere.

“I have worked with collaborators all over the world, in particular the USA, Europe, Japan and India. I have spent quite a lot of time at NASA’s Goddard Space Flight Center where SoHO and other spacecraft were operated. I have also worked closely with colleagues at the High Altitude Observatory, Boulder, Colorado and the Center for Astrophysics, Cambridge, Massachusetts. I have been fortunate enough to experience three total solar eclipses: Guadeloupe in 1998, the UK in 1999 and in 2017 as NASA’s solar expert in the Great Smoky Mountains National Park.

“If your students are interested in a career in solar physics, I would advise them to aim for a BSc in physics or mathematics and look for options in space physics or astrophysics. During my physics degree, I did a dissertation on the solar wind during my physics degree and then a PhD at UCL on solar observations (eclipse observations), supervised by Prof Mike Seaton, who was one of the world’s experts in atomic physics.

“For me, science is about asking questions, sometimes leading on to other questions, and space science really encourages this.”

Listen to Helen’s BBC Radio 4 In Our Time

A closer look at our Sun
Limit Less Campaign