So what's new about chunks of energy? 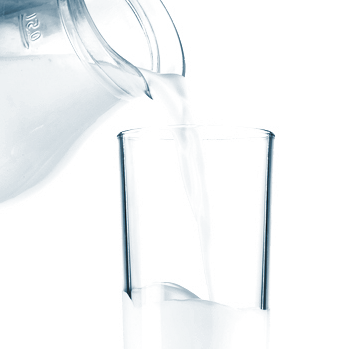 In introducing the idea that light shifts energy in discrete chunks, it is important to emphasise to students the key differences from a purely wave-based model:

In a wave model of light, energy is shifted in a continuous stream along the heating as radiation pathway. Imagine a continuous flow of the orange energy liquid introduced in the physics narrative Shifting energy between stores, gradually filling up an energy store as it is absorbed. With the photon model, the image is one of a stream of orange energy liquid droplets filling an energy store chunk by chunk. Furthermore, different kinds of light (infrared, visible, ultraviolet) have energy chunks, or photons, of different value. For example, ultraviolet photons can be thought of as larger droplets than infrared photons. In other words, ultraviolet light shifts energy in bigger chunks.

The same droplet-like model applies to emptying stores – no longer a steady outward flow of liquid, but a drip-by-drip emptying.

Calculating the brightness of a beam

The power switched to the heating by radiation pathway is set by the energy of each photon and the number of photons emitted...

Energy shifted in many small chunks

Devices for lighting a room switch power to a particular pathway: the heating by radiation pathway. If the source emits at...

What difference does shifting energy in chunks m...

It is tempting to argue that whether the energy of a light beam arrives in a steady continuous stream, or in a steady line of...