In this demonstration students see how a longitudinal wave can generate a sine-shaped curve. You can use it to introduce sound displays on an oscilloscope.

Building and testing your slink-o-scope will take about 10 minutes. For instructions, watch the video above.

In this activity there is no need for precise timing. The student in charge of timing can use a stopwatch or count (eg “one thousand, two thousand..”) to estimate how long it took to plot the graph.

To identify labels for axes encourage them to think about what caused the motion of the pen across the paper. The movement in the vertical axis is driven by the slinky coil. In the horizontal direction the paper was pushed at a steady speed. It’s a displacement-time graph and so the distance between two peaks on the graph represents the time period T.

Introduce oscilloscopes as electronic equivalents of slink-o-scopes. Explain that switching on the oscilloscope’s time-base is comparable to asking the assistant to push the paper, connecting a microphone is similar to slotting the meter rule between the slinky coils and an incoming sound wave is like a longitudinal wave on a slinky. Provide an example of a sound trace and explain that the time period can be found by counting the number of squares between two peaks and multiplying it by the time base setting in seconds per division (s/div). 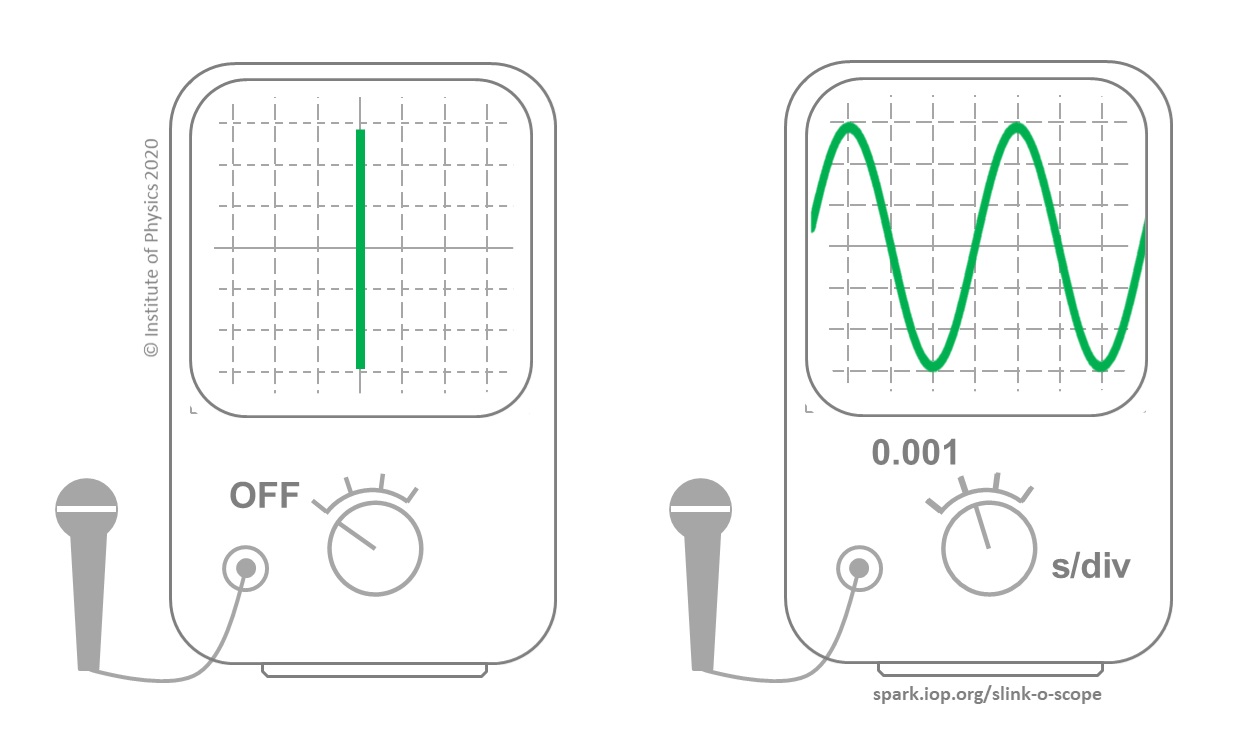 Students determine the frequency of a sound wave from an oscilloscope trace.

Speed of sound: speed of light

Pitch and frequency - an activity

The aim here is to bring together the concepts of pitch and frequency. Pupils are encouraged to relate what they hear (high...

The central learning challenge for children is for them to develop a clear understanding of the difference between describing...