In the 1850s, Robert Bunsen and Gustav Kirchhoff occupied neighbouring physics laboratories at Heidelberg University. One night, Kirchhoff and Bunsen were watching a fire in Mannheim from their laboratory window, and used spectral analysis to determine that barium and strontium were present in the burning material.

Later, while out walking, Bunsen remarked to his colleague: “If we could determine the nature of the substances burning at Mannheim, why should we not do the same with regard to the Sun? But people would say we must have gone mad to dream of such a thing.” Kirchhoff replied, “Bunsen, I have gone mad,” to which his colleague added, “So have I, Kirchhoff!”

The two scientists would go on to invent a new spectroscope, the Bunsen-Kirchhoff spectroscope, which allowed them to discover the elements caesium and rubidium from their spectra.

Kirchhoff endured a number of unhappy events that occurred later in his life, including the death of his wife and an accident that left him reliant on crutches or a wheelchair. However, fellow physicist and philosopher Ludwig Boltzmann marvelled at his undented cheerful disposition. He admired Kirchhoff’s style of argument, describing it as “the German Way” as it had “the sharpest precision” without “hushing up any problems”. Boltzmann also described some of Kirchhoff’s articles as of “uncommon beauty”, in which “…every word, every letter, every hyphen, brings the mathematician closer than all other artists to the Almighty… resembling at best, only symphonic music”. 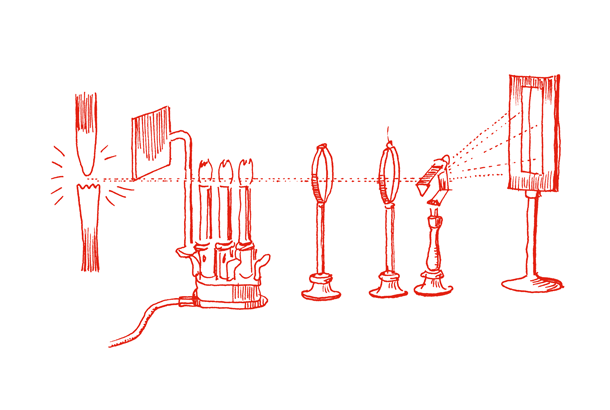 Once your students understand how circuits can be set up, it is time to introduce them to the idea of the lamp as an informal...

Demonstration: to some students the feeling for coulombs of charge comes most easily from electrolysis.