The German physicist Karl Schwarzschild provided the first solution of Einstein’s field equations, contributing to the understanding of black holes. Notably, he achieved the result only a few months after Einstein published his theory. More remarkable still, Schwarzschild carried out the work whilst serving in the German Army on the Eastern Front in 1916.

After obtaining his doctorate, Schwarzschild worked first with Hilbert and Minkowski before taking up a post at the German Astrophysical Observatory near Berlin. When the First World War broke out, though he was over 40, patriotism inspired Schwarzschild to join the army and he served in the artillery. Despite freezing conditions and when the fighting allowed it, he would catch up on his scientific correspondence.

In December 1915, a month after its publication, he received a copy of Einstein’s paper on general relativity. It had been generally assumed that the nonlinear field equations in the paper would be challenging to solve. Remarkably under any conditions, but particularly so given the conditions on the front, within a month of publication, Einstein received a letter from Schwarzschild setting out a simple solution to the field equations. Einstein forwarded the letter to the Berlin Academy and it was published in January 1916. Schwarzschild wrote in a letter to Einstein: 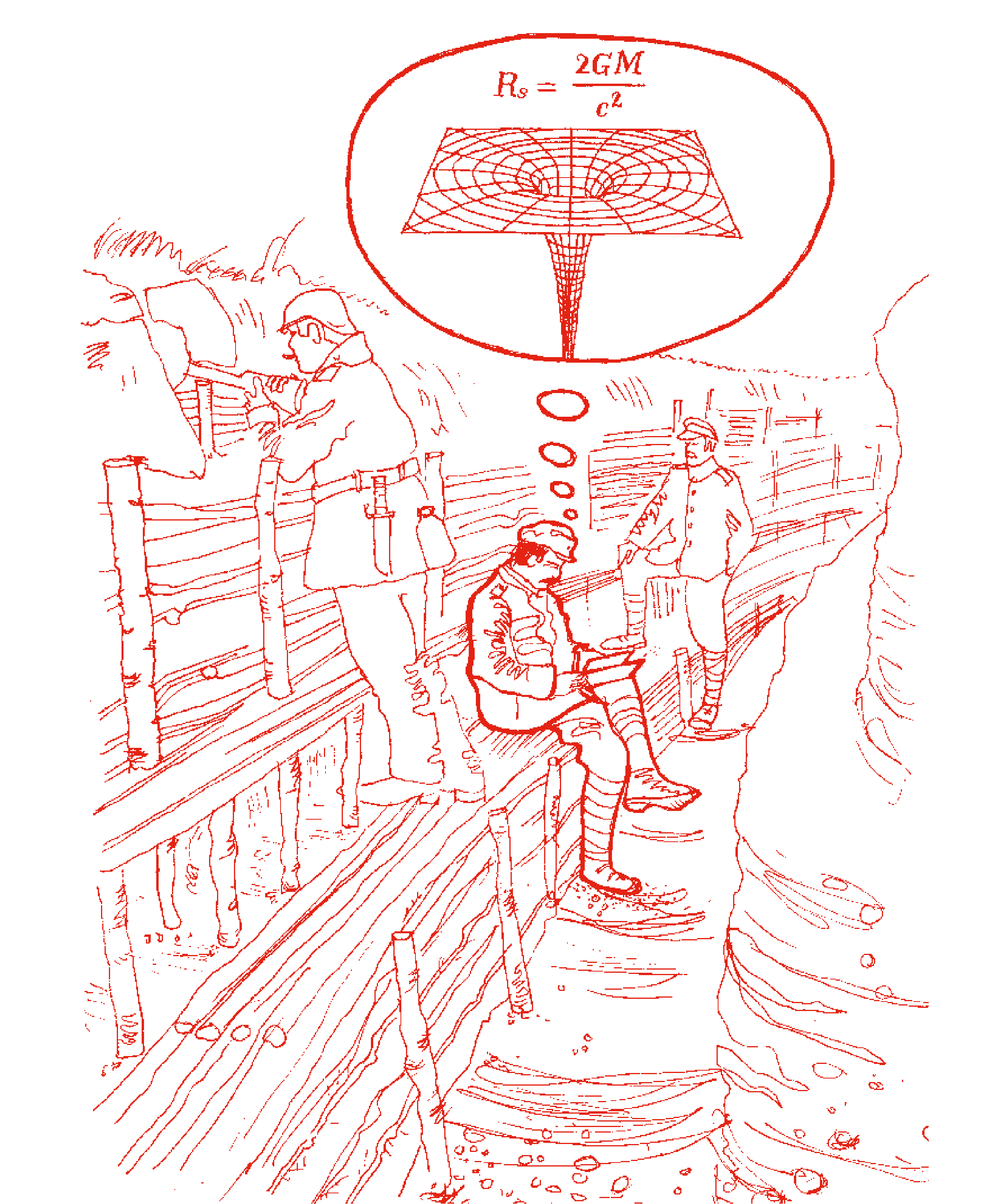 The war treated me kind enough, in spite of the heavy gunfire, to allow me to get away from it all and take this walk in the land of your ideas.

Unfortunately, Schwarzschild developed an incurable skin disease and died in 1916, only two months after returning from the front

Introduction This is the seventh book in our series. For many people, the wonders of...

Some students believe that the Earth travels around the Sun once in a day, rather than identifying that this is a year