You'll have to settle on a way of sharing a line of thinking about what goes on inside a circuit. We think that the rope loop provides a powerful mechanical analogue of the electrical loop. It's tangible, manipulable, and the physical quantities map well onto the electrical quantities.

Imagine a loop of rope being held lightly by a pupil and a teacher. The teacher sets the rope in motion by pulling hand over hand, using her hands to make the motion as smooth as possible (a steady rope current). The rope everywhere in the loop moves at this steady rate. Then the pupil increases their grip (so impeding the passage of the rope: providing resistance). This reduces the flow of rope everywhere in the loop.

Teacher Tip: Here's how the model works. Electric circuit model  →  rope loop teaching model. The battery sets charged particles in motion around the whole circuit.  →  The teacher sets the rope loop in motion. Energy is shifted where charged particles meet resistance in the circuit.  →  Energy is shifted by working where the child grips the rope, so providing a frictional force (slip, not grip).

Teacher Tip: Build and maintain this pair of essential links between the electric circuit model and the rope loop teaching model.

The teaching model allows the teacher to start talking through the electric circuit ideas in terms of familiar and concrete objects:

Teacher: So, I pass the rope from one hand to the other and the whole loop moves around over your fingers.

This familiar picture helps to bring meaning to the idea that:

Teacher: The battery sets the charged particles in motion in all parts of the circuit.

The teaching model helps the pupils in two ways:

With these points in mind, you should encourage the pupils to talk and think, with both the teaching model and developing electric circuit model, wherever possible.

The rope loop can be used to address directly some of the key learning challenges introduced earlier.

Teacher: Now it's obvious that the rope isn't coming from me. I'm just making it move around. In just the same way, the charged particles don't come from the battery. It just makes them move around the circuit.

Teacher: Look everybody! As soon as I set the rope moving here, it starts moving all around the loop. In just the same way, as soon as the circuit is completed, the charged particles start moving in all parts of the circuit.

We suggest that you read back through the challenges faced in this thread, and then match them up to the descriptions above. 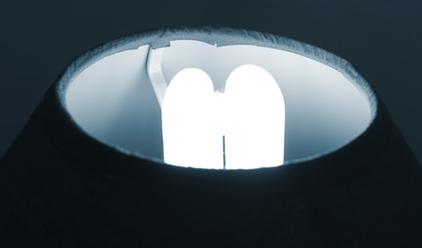 There are clear and direct parallels between the rope loop model and the formal electric circuit model set out in the Physics Narrative.

With the rope loop the teacher works on the rope to pull it through, a length at a time. At the same time, energy is shifted elsewhere in the loop due to the frictional force of a hand gripping the rope. The pulling force applied by the teacher acts to keep the rope moving, whilst the frictional force applied by the pupil acts to resist the motion of the rope. Indeed we can say that the rope does work on the hand to warm it up. In exactly the same way we can say that the battery works on the loop of charged particles to keep them in motion, whilst at the same time the charged particles work on the ionic lattice in the bulb to heat it up.

Teacher Tip: With the rope loop energy is shifted through mechanical working whilst with the electric circuit we are dealing with electrical working (more detail on working as a pathway for shifting energy in the SPT: Energy topic).

Think about the effect that your choices in assembling the circuit have on the loops. That's the place to start analysing...

Once the circuit is up and running then there is a steady flow of charge, but the battery is needed to maintain that flow. As...