In this demonstration students see a simple rocket in action. You can use it to illustrate Newton’s third law of motion.

Locate suitable fixed points in the room (eg cupboard handles) to tie the length of string to.

Students may refer to ‘action and reaction’ force pairs when describing the motion of the rocket. Emphasise that these can be misleading terms. They imply that one of the forces in Newton’s third law appears in response to the other. Discuss what’s happening inside the balloon to illustrate how the forwards force on the balloon arises at the same instant as a backwards push on air.

When the peg is attached, the balloon remains inflated because the air particles inside it are colliding with the inside surface. They push equally to the left, right, up and down and so the forces on the balloon are balanced (as are those on the air inside it).

Emphasise that, as with all Newton’s third law force pairs, the two forces that arise act on different objects (balloon and air). 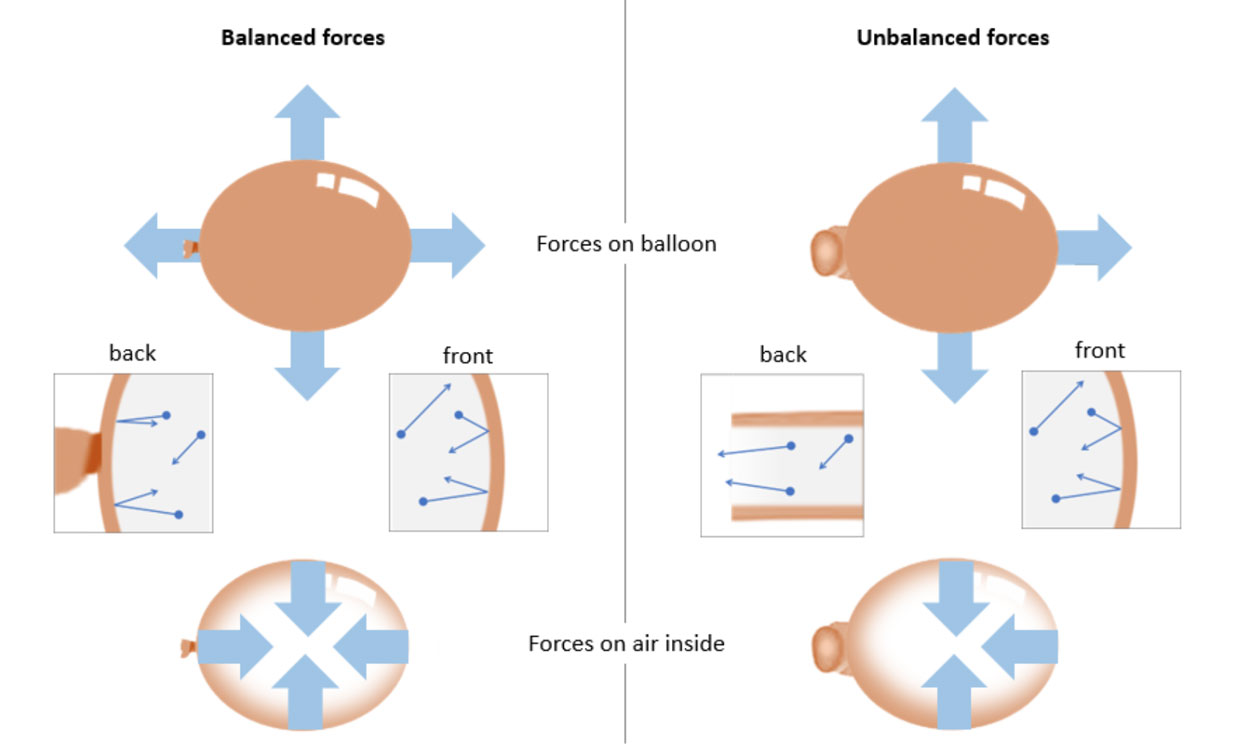 For a version of this activity for families and younger pupils to try at home, see Do try this at home: episode 7

Newton’s third law of motion causes problems to physicists at many levels and it is worthwhile spending a little time...

If space and time are entangled, as suggested in the special theory of relativity, we'd expect there to be some differences...

This demonstration connects the action of a lever with the conservation of momentum. The lever starts off balanced, with the...

is used in analyses relating to Collisions
2023 IOP Awards