Another proposer of the principle of conservation of energy, Benjamin Thompson (later, Count Rumford), was born in Woburn, Massachusetts in 1753. Rumford left school at 13 and moved between a number of jobs, being apprenticed first to a merchant, then a shopkeeper and finally a doctor. During this time, Rumford began to carry out experiments on heat transfer but his unstable employment situation prevented focused work.

His luck changed when he met and married Sarah Rolfe, a wealthy and socially well-connected heiress. Through his wife’s connections, Rumford was appointed as a major in the New Hampshire Militia. His new status led him to support the loyalist colonists in the American Revolutionary War and he was twice charged with spying for the British against the revolutionary Americans. Faced with these charges, Rumford fled from America, first to London and then to Bavaria, leaving his wife and daughter, whom he would never see again. Rumford’s charm allowed him to secure the position of aide-de-camp to the prince-elector of Bavaria and he was able to resume his experiments on energy.

Whilst in Munich, he oversaw the manufacture of cannons and observed that a blunted borer made the cannon’s brass casing hot enough to boil water. The contemporary theory of heat transfer suggested that the process of boring released a fluid, called ‘caloric’, from the metal which entered the water, heating it up. Rumford disagreed with this interpretation and argued that the metal did not contain a fluid form of heat, but that the motion of drilling generated heat. We would now say that the drilling motion caused heating of the metal — energy is transferred to a thermal store by mechanical working.

Whilst living in Paris, Rumford gained a reputation for eccentricity. During the winter he wore a white hat and coat to better reflect hypothetical rays of cold known at the time as frigorific rays.

Amongst other inventions, Rumford designed: a drip coffee maker, the first enclosed kitchen range, and Rumford soup, a broth which was intended to improve the diet of the masses. Due to his investigation of the thermal properties of various materials, Rumford is credited with the invention of thermal underwear.

In addition to his scientific works, Rumford established workhouses for the poor, created the Englischer Garten in Munich and instigated the cultivation of the potato to Bavaria. For these services, in 1791, he was made a count of the Holy Roman Empire. In the final years of his life, together with Joseph Banks, Rumford founded the Royal Institution in 1799 and appointed Humphry Davy as its first lecturer. 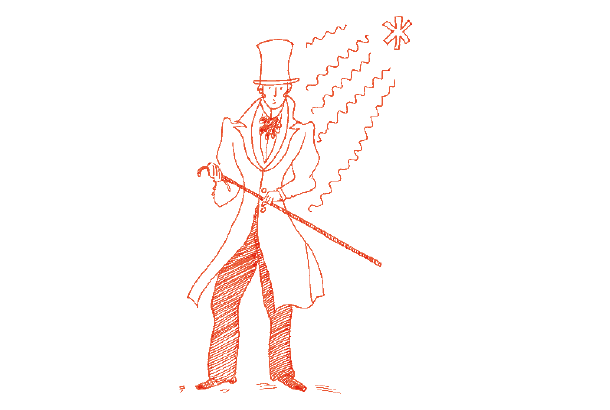 Rumford’s story has a curious twist. When he moved to Paris, he began an affair, and later married, Marie-Anne Paulze Lavoisier. A French chemist herself, she had been married to the executed scientist Lavoisier who had proposed the caloric theory which Rumford had rejected.

How many people does it take to build a pyramid?

The Greek historian Herodotus reported that, once the site had been prepared, it took 100,000 men twenty years to build the...

It seems intuitive that, when energy is added to a system, its temperature will rise. Hence, the notion of negative heat...

It is challenging to toast bread to the perfect colour because of thermal runaway: as the surface of the bread darkens it...