A demonstration to show the inversion of an image on the retina, and a model to show how the shadow forms.

The risk from the point of the pin is minimized if it is pushed into a small cork or bung.

Good discipline is essential so that arms are not jogged.

If students are looking towards a bright sky, ensure that this part of the sky does not contain the Sun. Otherwise, it may be impossible to prevent a student looking at the Sun through a lens.

For part 1, the most suitable background is to use the bright sky, viewed from indoors. The effect is difficult to see if the observer is also outdoors. An alternative can be a large area of highly illuminated white surface such as the globe of a large electric light or a translucent screen very brightly illuminated from behind.

For part 2, the lamp needs to be an extended source in the vertical plane but compact in the horizontal plane. A lamp can be used if it can be suitably positioned, since its filament is vertical. With a sufficiently weak lens and a large enough distance, the shadow will be clear. 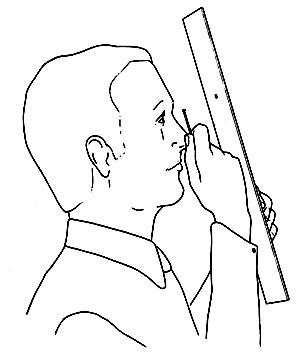 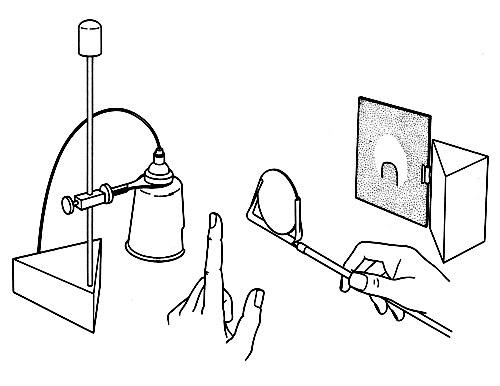 The eye is a remarkably complex optical instrument. Brain and eye work together...

Students explore how an arrow can look bigger and reversed through a glass of water. An introduction to the language used to...

Class practical: Placing the final image at reading distance from the eye, as an astronomer would.

For centuries, glass has been used to make lenses that refract visible light.