Finding the velocity of remote emitters

So one can determine the velocity of emitters, even if they are half a universe away, without having to lay down a tape measure of any kind to determine a distance. In fact you need only time events. Measuring the frequency of the radiations arriving requires skill, but you also need to have a reasoned guess at the emitted frequency, before being shifted by the motion – that is, what the frequency would be if the measurement was done by an experimenter moving along with the emitter.

So this kind of velocity measurement relies on a network of theories about the universe, including those about emission. 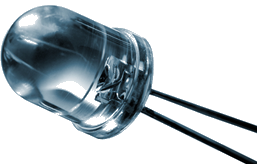 There is a further complication. The emitters of photons are often atoms or molecules, and these move quite quickly and in random directions, so this needs a further layer of interpretation, as any measurement of radiations emitted by these atoms will catch some from the atoms heading towards you, some from those heading away from you, and some heading in random directions in between.

All of the discussion so far measures the velocity of the emitter, so it seems that we must be limited to determining the velocity only of things that radiate. However, you can direct radiations of known frequency at a moving target, and infer the velocity from the frequency of the waves reflected back off that moving target. The target need not itself be an emitter, only a reflector.

Remote and passive sensing of velocity demands that we know the frequency at which the radiations are emitted.

If you cannot go there (maybe it's inside the human body, or outside the range of spacecraft) then you have to make your best guess. What will your guess be? Either the universe is pretty homogeneous, so the same processes happen over there as over here, or it is not, and we just don't know what is happening over there. The only guess on which you can construct any knowledge is the first one, so choose this. It's also the way to keep things simple: a principle of simplicity, if you will. Only one explanation is needed for very different places in the universe (a kind of symmetry under translation) through space or time, for it takes a long time for the information to travel the light-years from far away places: in fact years. So you don't see things as they are now but only as they were when the radiations were emitted. As we have noticed, it may even be that the frequency has changed. That is how we detect the velocity of the object, after all.

Space is expanding: a natural way to explain redshift

As we look out in any direction, the galaxies are, on average, rushing away from us. We know that because the frequency of the light is shifted – you see the same patterns occurring as in the laboratory but at lower frequencies. These patterns are thought to be similar because we believe it's the same atoms and molecules producing the radiations – whether in the distant galaxy or the local laboratory. All the patterns shuffle along towards the red end of the spectrum. But there is another feature of this pattern: the farther away things are, the faster they are receding. This is Hubble's law, discovered in the 1920s.

Could there be a natural way to explain this?

Well, yes. The space between the galaxies is expanding uniformly. There is nowhere special in the universe, so you can start in any galaxy: from that viewpoint, galaxies further away from you are receding faster: it's just geometry. 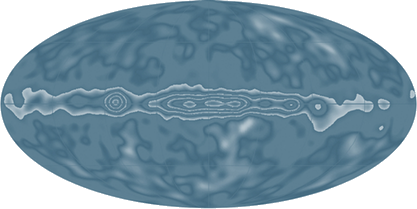 But there is another consequence to this geometrical stretching: if space is stretching, and the speed of light is constant, then successive pulses will arrive further apart. With fewer pulses a second, the frequency will be lower. This is a redshift as a result of the stretching of space, not as a result of the relative velocity of the source and detector. It is called the cosmic redshift: redshift because again everything ends up shuffling down the spectrum a little; cosmic to remind us that it is not the same as Doppler redshift, caused by the relative movement between bodies. As space has expanded a lot since some of the oldest light was emitted, so its frequency has dropped significantly: the frequency is now in the microwave part of the electromagnetic spectrum.

The speed of light is constant. It is the same everywhere, and is the top speed: a universal speed limit. The way we measure...

Think of a car left in a Mediterranean beach car park, where there is no shade. You get back to the car at the end of the day...

Do like me, but later, is the fundamental instruction that allows influence to propagate from source to detector. People don't...