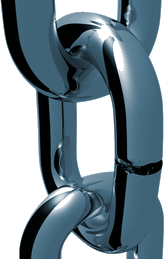 Think of a car left in a Mediterranean beach car park, where there is no shade. You get back to the car at the end of the day and open the doors. The metal of the car is too hot to touch: You could fry an egg on the bonnet! The air inside is stifling hot.

This familiar event is not too difficult to account for. The Sun has been shining on the car.

Now try to build in more links – that's what physics is all about. Can you give a good account in terms of energy in stores and power in pathways?

In trying to provide a deeper explanation, you can go back to the energy ideas of the SPT: Energy topic. Using these you can think of the Sun as a nuclear store and the car as a thermal store, with the two connected through a heating-by-radiation pathway.

You may wish to go a step further by thinking more deeply about the radiation pathway. In this case of the Sun heating the car, no physical material travels from the Sun to car. The heating-by-radiation pathway works through electromagnetic radiation. Electromagnetic oscillations, changing electric and magnetic fields, which are created in the Sun travel to Earth and set matter (such as the stuff that the car is made from) oscillating as they are absorbed by it. In this way energy is shifted by the heating-by-radiation pathway.

Light passing through nothing

Levels of ultraviolet (UV) radiation can be high close to the North and South Poles. The effect occurs due to scattering...