Designing a circuit to shift energy 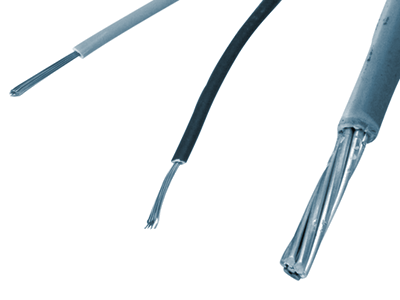 Electric circuits are very useful because we can design them to shift energy in a controlled way. You can measure or predict both current and potential difference. Combine these two measures to calculate which circuit components will shift this energy.

One part of the loop where we do not want energy shifted is the wires. As we have no choice but to have current in those wires, we need to fix it so that the potential difference across the wires is as small as possible. This is true for all circuits that are designed to shift energy – from those on the bench top to those serving major cities as a part of the National Grid. The current in the loop is the same everywhere, so make the resistance of the energy-shifting components large compared with the resistance of the wires. Ideally the resistance is so much larger that the potential difference across the wires is tiny. You can do this by making the wires as thick as you can afford, and from a good conductor.

The importance of difference in potential difference

This is very much like mapping out the terrain – you have to choose a zero (for the UK Ordnance Survey, this is at Newlyn in Cornwall). Then you can choose to report spot heights, draw contours or shade within bands. All are used in map making. Traversing a circuit (walking, riding or driving) results in a climb and a fall to leave you back at the same height.

For these maps, the energy changes are calculated for a particular rider and bicycle. You could equally well present a map that would work for any bicycle and rider – just quote the energy change for each kilogram hauled up or down the hill. Multiply by the mass of the particular bike and rider and you'll have the energy shifted. The energy change per kilogram is the gravitational potential difference, and the concept is similar to the electrical potential difference. This measure was introduced in the SPT: Electric circuits topic as the number of joules/coulomb or the voltage.

Up and down hill

Think of cycling round such a loop. As you climb, so you are shifting energy; as you freewheel downhill, so more energy is shifted. It is the act of changing height that alters the energy in each store.

Hillwalkers interpret topographical maps to generate similar expectations: their chemical stores will be depleted as they gain height.

A difference of potential across a circuit element shows that energy will be shifted by that component. This is why the hills model, introduced in the SPT: Electric circuits topic, was so useful.

Differences in potential set where the energy is shifted

Go round an electrical loop, starting anywhere, and you end up back where you started – the change in energy in the gravity store is zero, so you also end up with a potential difference of zero. This should not be a surprise: going for a circular walk doesn't result in a change in height, even though there may be plenty of uphill and downhill along the way. Crossing contour lines warn you of the working mechanically: the potential difference performs the same function for a journey along part of an electrical loop. It's always potential differences, and if someone does not mention where the difference is measured from, then there is a good chance that they forgot to mention that they took the negative terminal of the battery as a zero, just like the Ordnance Survey use Newlyn.

One big difference with the contour lines is that gravity is always there. The these electrical potentialal differences, perhaps highlighted by colouring in parts of the circuit, only exist while there is something flowing round the circuit: disconnect the cell and you have no electrical hills. Another is that electrical working depends on complex interactions between many charged particles and is not at all like having lifted a mass up a hill and parked it there.

This might be a very good reason not to employ the hills analogy in your teaching, and even to consider whether colouring the circuits to reveal potential difference earns its keep.

Teacher Tip: Potential difference is one of the hardest ideas taught in pre-16 physics and you need to think carefully about the models or analogies you use. There is further discussion in the teaching and learning issues strand.

A machine to make charges was invented in 1929 by a young American called Van de Graaff. Huge machines, some over ValueUnit{30...

Class practical: this experiment looks at the relationship between current and potential difference (p.d.) for a length of...

Use of a voltmeter

Class practical: experimenting with a voltmeter leads to a discussion of the meaning of potential difference or voltage.