Max Planck was a German theoretical physicist and a leading figure in the early development of quantum theory around the start of the twentieth century. Contrary to what many believe, Planck’s first name was not Max – he was baptised Karl Ernst Ludwig Marx Planck and Marx (an old variant on Markus) was indicated as his primary name, but he soon became known as Max and that name stuck for the rest of his life. Planck was a gifted musician, playing both the piano and the organ, and he performed duets with Einstein on violin. When Planck chose to study physics, Munich University physics professor Philipp von Jolly discouraged him arguing that “in this field, almost everything is already discovered, and all that remains is to fill a few holes”.

Women: lecture theatre or at home?

In some respects, Planck was ahead of his time. He argued that enthusiastic female students of physics should be admitted to lectures, and he advocated on Lise Meitner’s behalf, creating her first paid position. However, he also held views that were more in keeping with the sexist stance of the culture at the time. He wrote: “Nature itself has designated for woman her vocation as mother and housewife, and that under no circumstances can natural laws be ignored without grave damage.”

Meitner reported that Max Planck was skilled at the game of tag: “The more advanced students… were regularly invited to [his home on] Wangenheimstrasse… we played tag in the garden… Planck participated with almost childish ambition and great agility. It was almost impossible not to be caught by him.”

In 1933, Planck wrote to Hitler to request a meeting and the two men met on the 16 May. Planck used the meeting to advocate for Jewish colleagues, including the chemist Fritz Haber. During the meeting, Hitler became angry and Planck reported he “hit himself hard on the knee, spoke faster and faster, and flew into such a rage that I could only remain silent and withdraw”.

Planck suffered a string of family tragedies: his first wife died from tuberculosis, his oldest son was killed in the First World War and both his daughters died in childbirth. Planck’s youngest son, Erwin, was part of an underground anti-Nazi group in wartime Germany and was arrested for his involvement in an unsuccessful assassination attempt on Hitler in 1944. Erwin was tortured and executed by the Gestapo. Planck was devastated by the loss of his son and wrote to a friend: “You give me credit for too much if you think I have the strength to withstand this pain.” Planck died a few years after his son in 1947.

In 2013, a group of physicists from the US National Institute of Standards and Technology (NIST) met at a local bar to celebrate their determination of Planck’s constant to an unprecedented degree of accuracy using a Watt balance. During happy hour, each member of the group wrote, on a paper napkin, a prediction to ten decimal places for the future measured value of Planck’s constant. They placed the napkin in a plastic bottle and buried it in a cavity in the foundation of an NIST building that was then under construction. Four years later, a new measurement of Planck’s constant allowed the winner to be declared: Shisong Li from China’s National Institute of Metrology. He was awarded the prize of an Italian rum cake with the newly measured value for Planck’s constant written in icing on top. 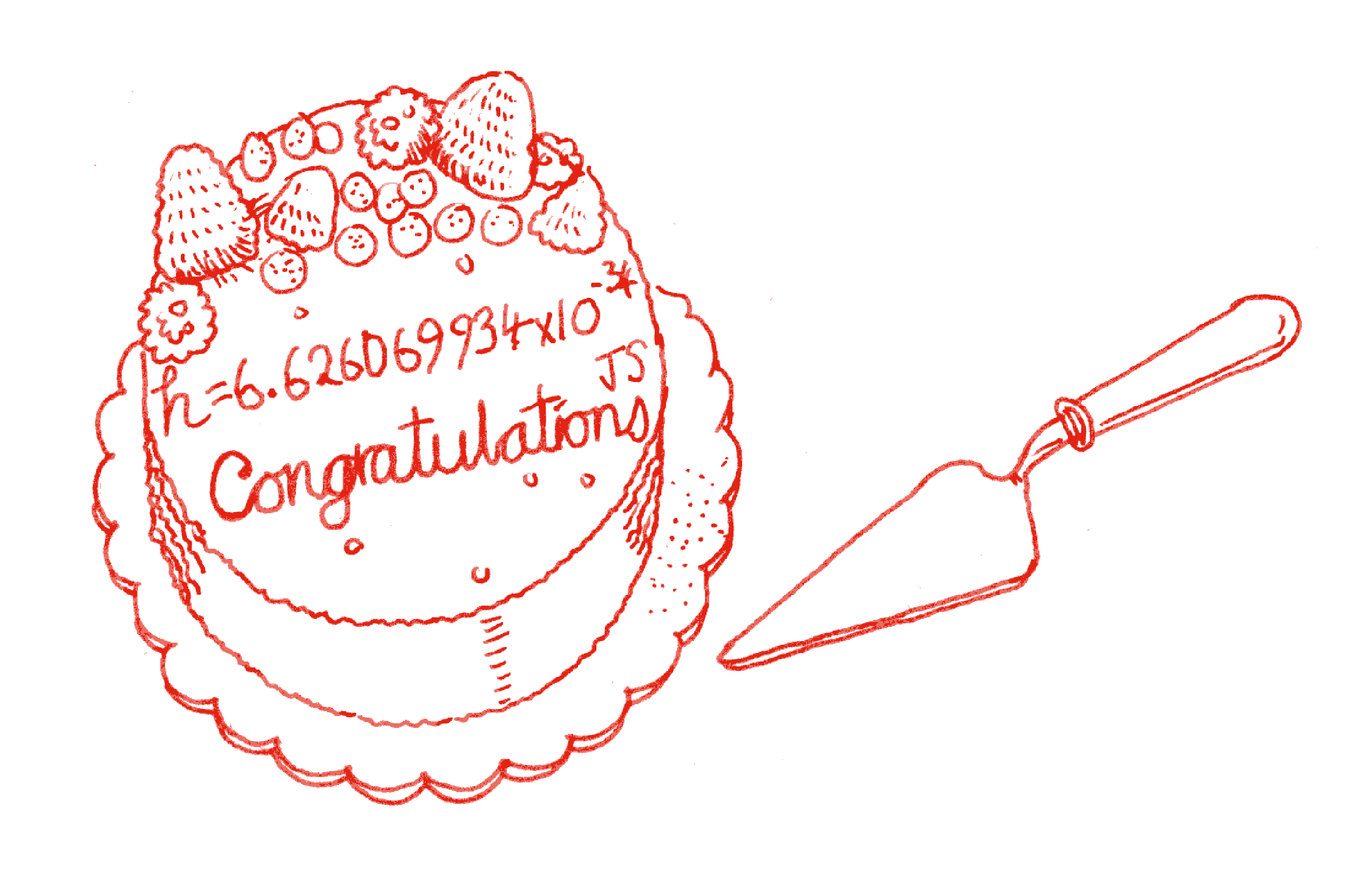 B.L. Cline, Men Who Made a New Physics: Physicists and the Quantum Theory, Chicago, University of Chicago Press, 1987, p. 252

The remarkably simple equation, E = h × f , tells us how photon size is related to frequency via Planck's constant. But who...