A recap on photons: radiating shifts energy from the source to the absorber 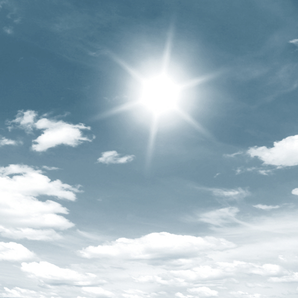 Photons have a frequency – they are a radiation, one way of describing the essential process of do like me, later that connects a source with a detector. This frequency is a vibration in an electric field and a linked vibration in a magnetic field, as photons are an electromagnetic radiation.

Photons also shift a quanta of energy on emission and on absorption: exactly how much depends on the frequency.

Photons can be detected by destroying them; but not in any other way. So any knowledge of what they get up to between emission and absorption is, in principle, limited. So we suggest extreme caution in visualising the photon's journey from the source to the detector.

Another process involving electric fields that needs great care is thinking about the action of an electric circuit. Just like photons, circuit loops seem to rely on the mediating action of fields. Energy is shifted by the remote action of the electric field acting on the charged particles only when they are in the filament. This is perhaps even more obvious in the case of alternating currents, as introduced in the SPT: Electricity and energy topic. Changes in one place (the battery) in the circuit affect what happens in another (the filament). There is even a slight delay (remember the message from the big circuit in the SPT: Electric circuits topic?). So there are very significant similarities between the action of a simple alternating current electric circuit and the action of an electromagnetic vibration as both shift energy from store to store.

Perhaps you are even thinking that a very high-frequency rope loop could be used to model electromagnetic radiation by greatly reducing the number of linked electric and magnetic loops between source and detector. This is a thought worth exploring (look back at SPT: Electricity and energy topic, episode 03 to get started).

So a photon is a discrete remote worker, shifting energy from one store to another to another, quantum by quantum. Just as with electric circuits, the fruitful approach is to concentrate on what happens at the source (battery) and the detector (filament).

Solid carbon dioxide is known as dry ice. It sublimes at –78°C becoming an extremely cold gas. It is often used in theatres or...

Demonstration: this demonstration focuses on the properties of gamma radiation. You can show that it is much more penetrating...

There is a very precise and important result that follows from the inability to alter the chance that an ionising radiation is...