A study of the biomechanics of male peacocks’ tail feathers during their mating displays suggests that the oscillations are controlled in such a way that the iridescent eyespots remain nearly stationary in order to captivate female birds. Researchers used high-speed video to determine that male peacocks generated a pulsating sound by rubbing their feathers together at a mean frequency of 26.5 Hz. The peacocks were capable of vibrating their feathers at, or near to, their resonant frequencies in a manner that stimulated maximum amplitude vibrations for minimum energy expenditure and the oscillations typically had a node near the eyespot of the feather. 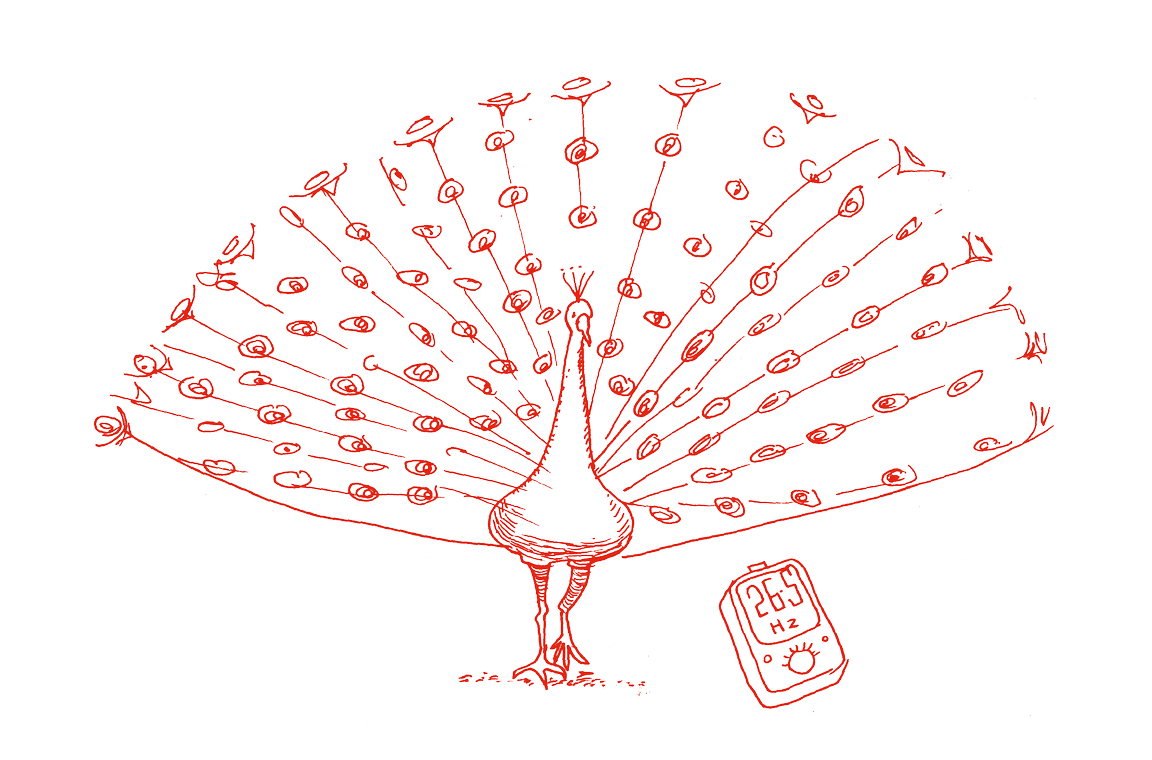 Nikola Tesla encouraged Mark Twain to stand on an electrotherapy device he had invented consisting of a platform supported by...

Simple harmonic oscillators show resonance if they are forced to vibrate at their natural frequency. This is a phenomenon of...

Class experiment: In this experiment the amplitude of forced vibrations is measured as the driving frequency varies. It could...

Some students may believe light can change direction or travel a curved path without anything externally influencing it.

Some students consider light as separate from seeing.

Some students struggle to draw ray diagrams showing refraction when the boundary is depicted as vertical if they have been introduced to the concept with horizontal boundaries.