Pathways to and from stores 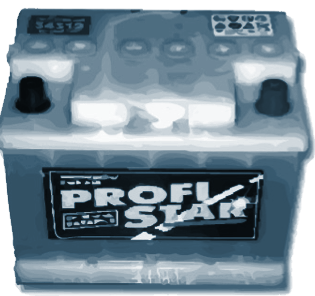 Electrical loops may be used to shift energy from one store to another. When teaching electric circuits in schools, this aspect of the behaviour of electric current is the first one to be emphasised.

For example, a battery may be used to run an electric motor, in which case energy is shifted from the chemical store of the battery to the kinetic store of the motor (as the motor spins around) and to the thermal store of the surroundings (as they undergo heating).

In the case of lifting a bag onto the table, this is achieved by applying a force to the bag as it is lifted through the distance up to the table. Here the energy is shifted through mechanical working, along a mechanical pathway.

It turns out that there are a limited number of ways (or pathways) by which energy can be shifted from one store to another. We shall focus on just four:

For each pathway you can calculate how much energy has been shifted and this is what enables us to settle on just four pathways (just like the restricted number of energy stores). We will say more about each of these pathways in the following sections.

It is worth remembering that the picture of shifting energy along pathways between stores belongs to the energy perspective. You'd never be able to find, and point at, an energy store or pathway (see episode 02). Having said that, each kind of pathway is based on a very real mechanism (such as a current in a resistor, or a force exerted to lift a bag) by which energy is shifted from one store to another.

So now we can add the idea of pathways to our descriptions of energy being shifted between stores. This will not always be necessary, but in some situations this description leads to a calculation of the changes in energy. The pathway can give us information about how much energy is being shifted to or from a store.