Students listen to how the loudness of a tuning fork varies as they rotate it. An introduction to destructive interference. 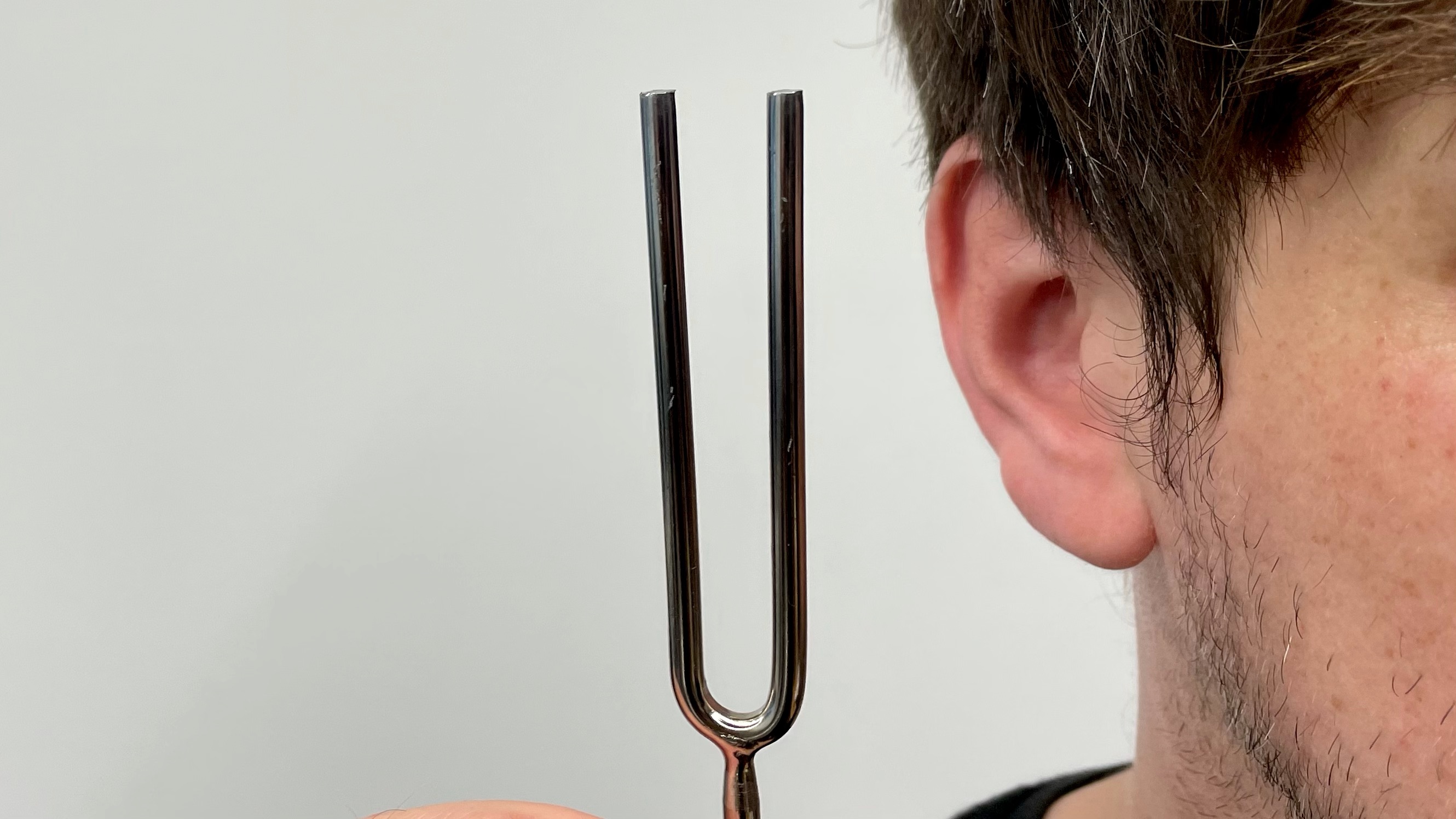 The tuning fork has two identical prongs. As they vibrate, each act as a source of sound.

It is challenging to draw diagrams to illustrate destructive interference for a tuning fork. The distance between the two prongs (a few centimetres) is smaller than the wavelength of the sound (typically a metre or so). If you want to draw diagrams to illustrate overlapping wavefronts use an example in which the sources are separated by a distance greater than a wavelength (eg two loudspeakers).

Students are likely to be familiar with noise-cancelling headphones. They could research how these work. Like the tuning forks they use destructive interference to cancel sounds. The headphones include a microphone which receives sound waves from the environment and an electronic circuit generates an inverted version of these sound waves so that when this is played into the listener’s ears, the two sets of waves cancel out.

Students describe how sound from two sources can cancel out through destructive interference.

What happens here affects what happens over there: that is the essence of radiating. An influence travels from source to...

Watching one ripple crossing another

Demonstration: A close look at interference between two, random wave pulses in a ripple tank.

There are some experiments which must be done in semi-darkness, for example, optics experiments and ripple tanks. You need to...