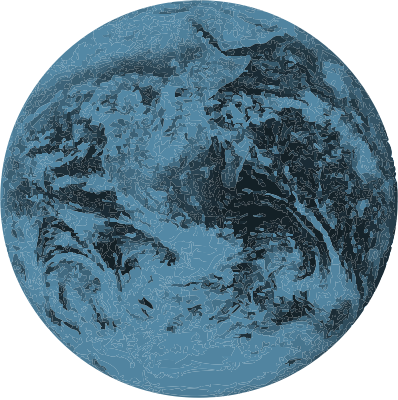 In this episode we look at a group of forces – magnetic, electric and gravitational – which are different in kind from the pushes and pulls of episode 02. So, in what way are they different? The key point is that these three forces allow remote parts of the environment to exert a force on an object without being in contact with it. Thus, a magnet attracts or repels another magnet; a rubbed (or electrically charged) rubber balloon attracts other things that are charged; the Earth attracts anything with mass. Each of these is an action-at-a-distance or non-contact force.

These days the concept of gravity is relatively common-place. If you ask people why things fall, more often than not they will tell you that it is because of the pull of gravity. Despite this familiarity, we should not lose sight of the fact that this is a very strange idea indeed and has been the subject of puzzlement throughout the history of science.

For example, if you drop a melon from the top of a building, how can the Earth (whose surface is some 10 metre away) exert a force on that melon?

What we do know is that such action-at-a-distance forces are very real and we experience them every day. All three non-contact forces decrease in strength as separation between objects increases. Each force is given a brief introduction in this narrative. This is extended in the expansion sections.

Force spreading out - over area

The difficulty here is that there are two separate collisions (one with padding and one without), and they need to be modelled...

Both the force acting on an object and the time for which it is exerted contribute to the change in momentum: they are...

Why do some objects float and others sink? We've just noticed that the buoyancy force exerted is equal to the gravity force...