More on magnetic forces and fields 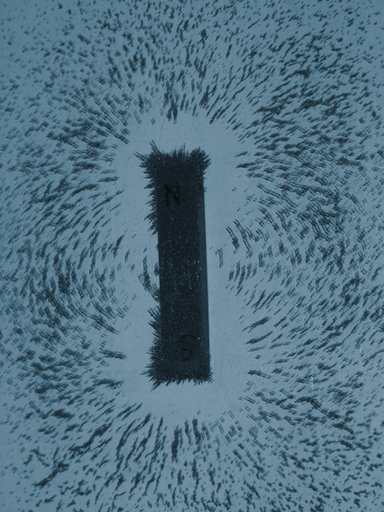 You can read more about the way in which physicists think about a force acting without obvious contact.

Magnetism is an example of a non-contact or action-at-a-distance force. These are forces which can act on an object without being in physical contact with it. The force of gravity is another example. Thus, gravity will pull a raindrop down to Earth without any tangible physical link between the Earth and the drop. There are no strings attached (it would probably be easier for us to understand if there were some strings that made it all work).

A magnet will attract a paper clip from a distance of a few centimetres. The attractive force of the magnet on the clip acts at-a-distance. Pupils meeting this idea for the first time will be embarking on one of the great journeys within science – a journey to understand the concept of fields. The field is the means by which these mysterious action-at-a-distance forces act. If the paper clip is located in a magnetic field, a magnetic force will act on it.

Some words of caution. The attractive force due to gravity and the attractive force due to magnets are two phenomena which share the same paragraphs in this storyline. However, it must be noted that they are not the same thing. It would be potentially very misleading to start explaining the Earth's gravity by suggesting that the Earth acts like a giant magnet, attracting everything to its surface. Avoid such comparisons. Gravitational and magnetic forces are two different phenomena that appear together here because they both act at a distance. Beyond this point the similarity ends.

A quick experiment to get a feel for the differing effects of the action of a force applied at different lengths from the...

Getting the wrong end of the stick (or screwdriv...

Household tools, such as screwdrivers, are often used in ways which were not intended in their design. Think about the line of...

Momentum depends on mass and velocity

Students often fix on only one factor, when they should consider both factors that contribute to a physical quantity. They...