Current is rate of flow of charge

To make sense of electric circuits you'll have to model the behaviour of currents in circuit loops. Now we'll consider how electric currents can be measured and how we can make sense of these measurements.

The electric current in one part of a circuit is measured with an ammeter, which gives a reading in ampere.

To take the measurement, a gap is made in the circuit and the ammeter is connected into that gap, so that the charged particles moving around the circuit must pass through the meter.

Since the ammeter is connected directly into the circuit, it must have a low resistance so that it does not reduce the flow of charge, which it is being used to measure.

What does the ammeter actually measure when it is connected in a circuit? You might visualise the working of an ammeter as counting charges as they move through the instrument, to see how many pass each second. The amount of charge passing per second is a measure of the electric current:

Lots of charged particles passing per second: a large current

We can refine this to electric current = amount of charge passing per second.

This is equivalent to electric current = rate of flow of charge.

You can write this out in symbols:

Where I is current; Q is charge; t is time for which charge flows (the duration).

You could also write the whole relationship out with units:

To increase the size of the electric current,

Both of these actions result in more charge passing any point in a circuit each second and this is a bigger electric current. In episode 02, you will see how the electric current can be increased.

The ampere: a measure of electrical current, which is the rate of flow of charge 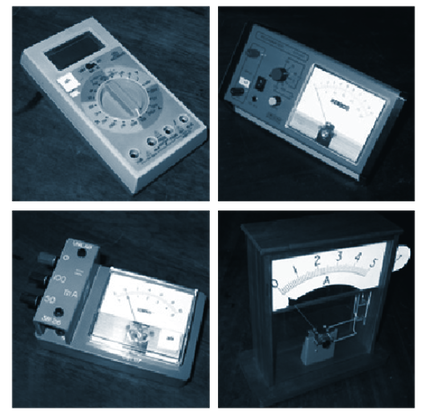 When an ammeter is used to measure the size of an electric current, the reading from the meter is in units of ampere. Connect the ammeter into the circuit in series so that there is no branching: the current in the wires will be the same as that in the ammeter.

A steady electric current of 1.0 ampere means that one coulomb of charge is passing per second.

When thinking about electric currents in wires, a good mental picture is one of huge numbers of electrons drifting around the circuit at a rather sedate pace!

The unit of electric current is the ampere.

The symbol for the ampere is: A

Whatever the conductor, whatever the charge, the connection between current and the accumulated quantity of charge that has passed is universal.

Putting the two lines of thinking together

The challenge for the pupils here is to recognise the two effects which follow from increasing the number of batteries and...