The 2016 changes to GCSE’s resulted in both more maths content and more challenging maths content dropping into the GCSE sciences for all pupils. This has caused serious challenges for teachers in making this harder content accessible. We now must teach what used to be A level physics content to our GCSE groups including teaching foundation groups to be able to rearrange the equation ‘final velocity2 – initial velocity2 = 2 x acceleration x distance’! Having delved into Cognitive Load Theory and worked example research I’ve found a number of useful teaching strategies that have helped to both stretch my most able and support weaker students in being able to access this more challenging maths content.

The first strategy I am going to talk about is ‘example-problem pairs’. In the past when I taught maths in science, I would start by going through some worked examples together with students and I would then set them loose on a worksheet of conventional problems. This is a good way of teaching, however worked example research has identified more effective ways of sequencing these examples. 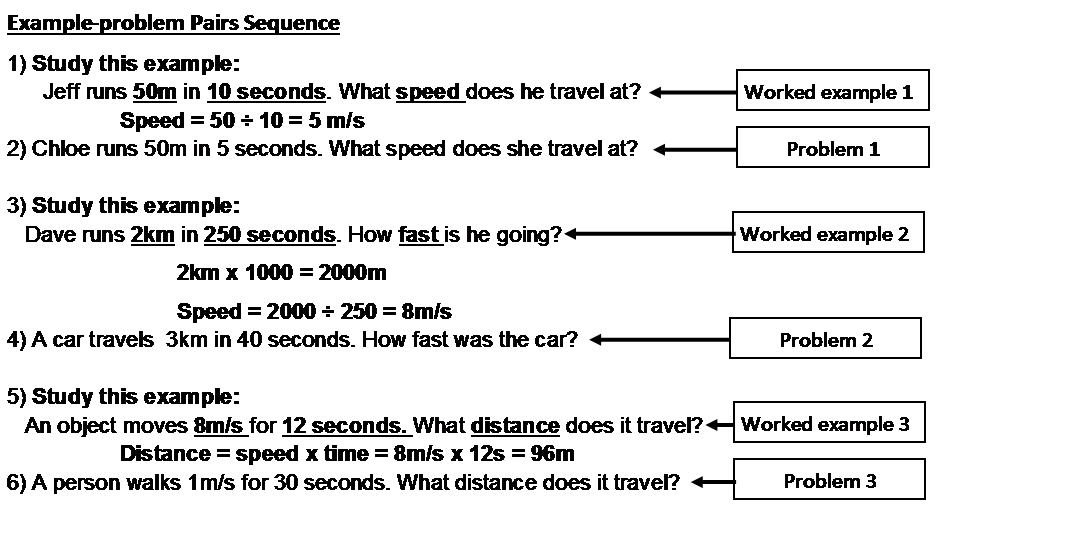 From this research and my own practice, I have found benefits including:

Simon Palmer was awarded an IOP Anthony Waterhouse scholarship to work on his project "Improving the teaching of mathematics in physics, using cognitive science research". This grant, of upto £3,500, enables practising teachers in UK secondary schools or colleges, to develop an idea they have about physics teaching.

Find out about the Anthony Waterhouse Fellowship
ONLINE COMMUNITY FORUM