Countries have national laws to control how radioactive materials are acquired, used and disposed of. These laws follow internationally agreed principles of radiological protection.

The following principles apply to schools:

You must follow your employer’s safety guidance relating to the use the radioactive sources. Most school employers will require you to use either SSERC or CLEAPSS safety guidance, as follows:

In Scotland, safety guidance for use of radioactive sources in schools is issued by the Scottish Schools Equipment Research Centre (SSERC) and is available to members through their website.

In the rest of the UK and British Isles Crown Dependencies, guidance is available from CLEAPSS, the School Science Service. Their guidance document, L93, is freely available from their website, even to non-members.

The following summarizes the somewhat complicated legislative framework in which schools are expected to work with radioactive sources in the UK. However, teachers do not need to obtain and study this legislation; this has been done by CLEAPSS and SSERC, and it is incorporated into their guidance in plain English.

There are exemptions from parts of the RSA93 and schools can make use of The Radioactive Substances (Schools etc.) Exemption Order 1963, The Radioactive Substances (Prepared Uranium and Thorium Compounds) Exemption Order 1962, and others. These exemption orders are conditional and to make use of them and avoid costly registration with the Environment Agency (or SEPA in Scotland, or the Environment and Heritage Service in Northern Ireland) you must adhere to the conditions. Note that currently, these exemption orders are being reviewed.

The way in which these laws are implemented in England, Wales, Northern Ireland and Scotland varies. The Department for Children, Schools and Families (DCSF) has withdrawn its guidance AM 1/92, and the associated regulations requiring this have been repealed. Consequently, purchase of radioactive sources by maintained schools in England is no longer regulated by the DCSF. The DCSF commissioned CLEAPSS to prepare and issue ‘Managing Ionising Radiations and Radioactive Substances in Schools, etc L93’ (September 2008) and has commended it to schools in England. Similar regulations relating to other educational institutions in the UK have not changed; English institutions for further education remain regulated through the Department for Innovation, Universities and Skills. Similarly, schools in Wales should follow the guidance from the Welsh Assembly Government Department for Children, Education, Lifelong Learning and Skills. Schools in Scotland should follow the guidance from the Scottish Government Education Directorate and associated guidance issued by SSERC. Schools in Northern Ireland should follow the guidance from the Department of Education Northern Ireland (DENI). The Crown Dependencies Jersey, Guernsey and Isle of Man are not part of the UK and schools and colleges should follow the guidance from their own internal government departments responsible for education.

In the UK, if an employer carries out a practice with sources of ionising radiations, including work with radionuclides that exceed specified activities (which is 100 kBq for Co-60, and 10 kBq for Sr-90, Ra-226, Th-232, Am-241 and Pu-239), the practice must be regulated according to the IRR99 and the employer must consult with a Radiation Protection Adviser (RPA). Since 2005, the RPA must hold a certificate of competence recognized by the Health and Safety Executive. Education employers are unlikely to have staff with this qualification, so the RPA will usually be an external consultant. Education employers need to notify the HSE 28 days before first starting work with radioactive sources. This is centralized at the HSE’s East Grinstead office.

Note: For higher risk work with radioactive material, the IRR99 requires designated areas, called controlled areas and supervised areas, to be set up if special procedures are needed to restrict significant exposure – special means more than normal laboratory good practice. It should never be necessary for a school to designate an area as controlled, and only in special circumstances would it be necessary to designate an area as supervised. The normal use of school science radioactive sources, including the use of school science half-life sources, does not need a supervised or controlled area.

Disposal of sources in the UK

Sources that become waste because they are no longer in a safe condition, or are no longer working satisfactorily, or are of a type unsuitable for school science, should be disposed of. In England and Wales, the Environment Agency has produced a guidance document through CLEAPSS that explains the available disposal routes. Similarly, SSERC has produced guidance for schools in Scotland. Schools in Northern Ireland should refer to DENI.

See the health and safety notes in each experiment. This is general guidance. 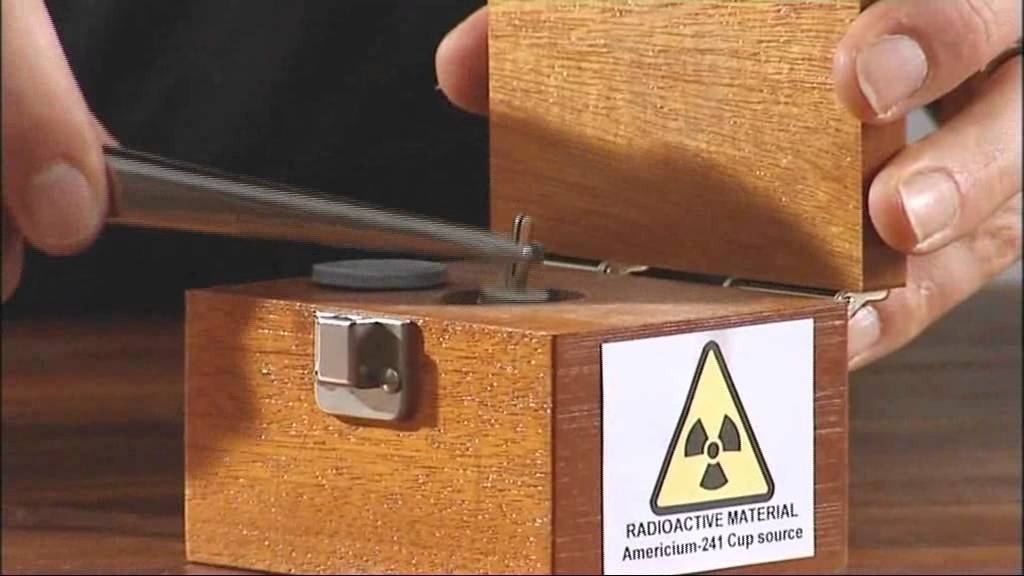 Health and safety in school and college science affects all concerned: teachers and technicians, their employers, students, their parents or guardians, and authors and publishers. These guidelines refer to procedures in the UK. If you are working in another country you may need to make alternative provision.

The air can be ionised by flames, radioactive sources and strong electric fields...

These demonstrations show different ways of detecting and counting ionisation. This...

Demonstration: the spark counter is a highly visible (and audible) way of showing and counting ionisation of the air caused by...

Sparks in the air

A high voltage will produce a spark in an air gap. This is easily demonstrated with the spheres of a Van de Graaff generator.

Counting matches with an EHT supply

Demonstration: an EHT supply can be used to produce sparks, which can be increased if you add a capacitor in parallel with the...