Build a train with a cell, two magnets and a coil to test their understanding of electromagnetic forces and Lenz’s law.

Before the lesson wrap the copper wire around a pole to make a 40 to 50 cm long coil.

You can use standard cylindrical neodymium magnets to build your train, but they may get caught in the coil. For a more reliable demonstration, source spherical magnets.

The train consists of two permanent magnets at either end of a cell. The magnets touch the bare copper wires of the coil, thereby completing the circuit so that there is a current in a section of the coil. 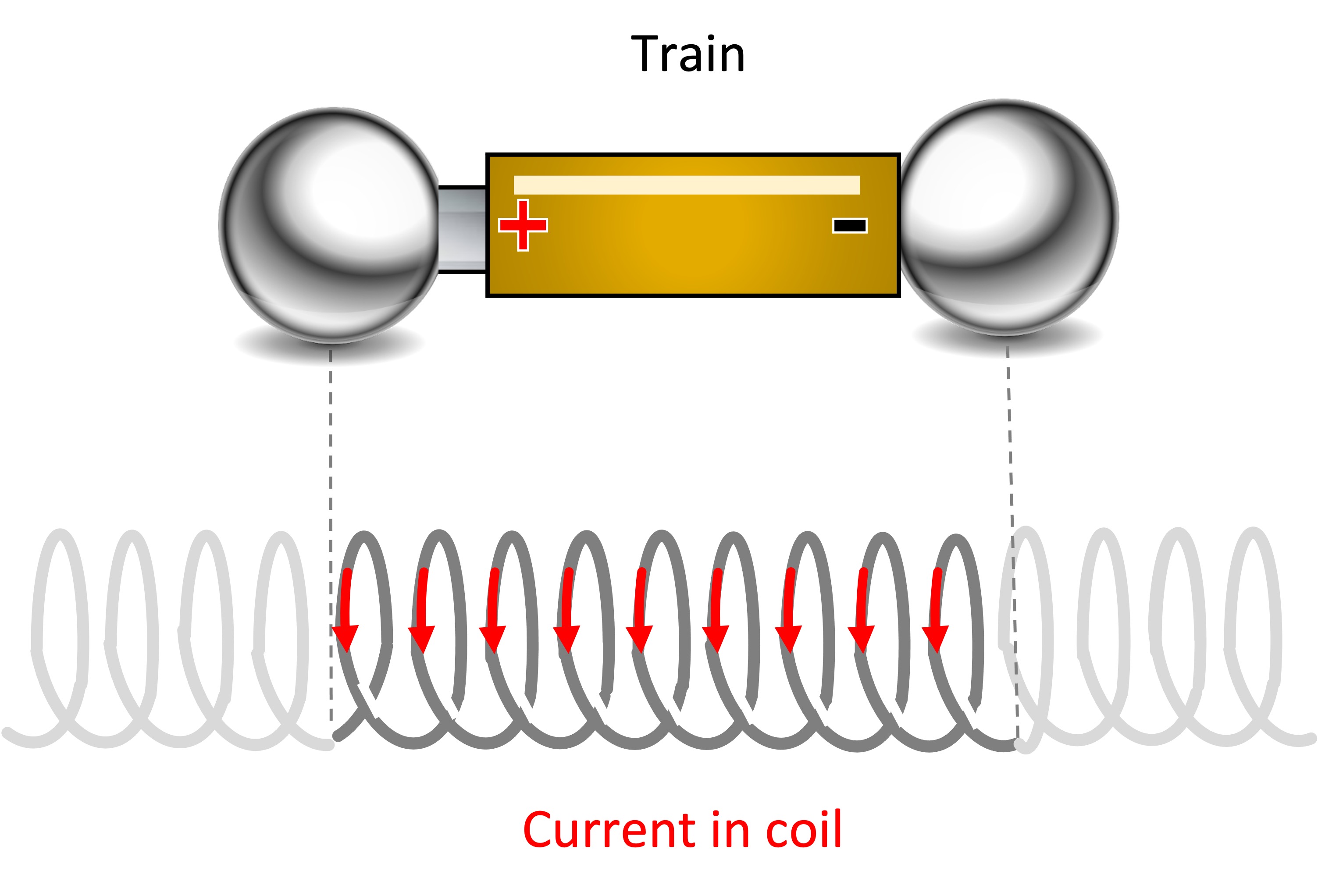 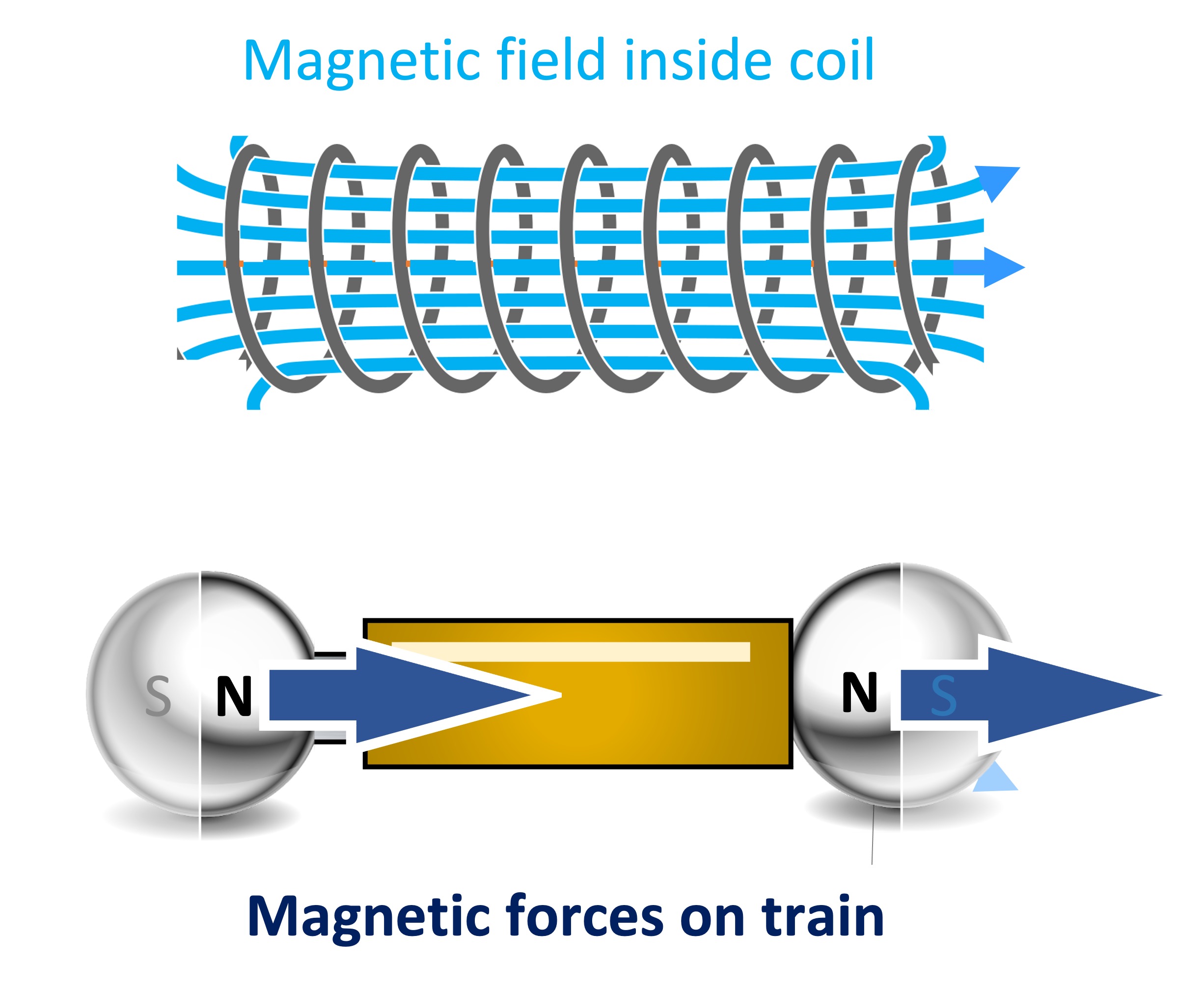 If students ask about forces on the S poles of the magnets, explain that these will be in the opposite directions to the one on the N poles. These forces will be weaker than those on the N poles because the S poles are outside of the region where a current flows. The resultant force on each magnet will be to the right.

The train quickly reaches a constant speed around the track. This is because the moving magnets induce a magnetic field in the coils that acts to oppose the motion of the magnet (an example of Lenz’s law). The train reaches terminal velocity when the forces accelerating it forwards are balanced by the forces arising from electromagnetic induction.

Force on a wire carrying a current in a magnetic...

Class practical: this effect is the basis of all electric motors.

A sequence to develop ideas about magnets

Magnetism is mysterious because we cannot see what is causing the force, we can only see its effects. Clearly it has links to...

Class practical: students will be surprised how simple it is to make a loudspeaker, and are likely to remember their need for...

Some students may associate magnetism with gravity (seeing one as the cause of the other), and/or think that both require the presence of air

Many students think that magnets stick to certain objects, rather than recognising an attractive force that acts at a distance (without contact), or through intervening materials