This demonstration shows that the forces of attraction between two magnetically interacting objects are equal and opposite. You can use it as an example of Newton’s third law. 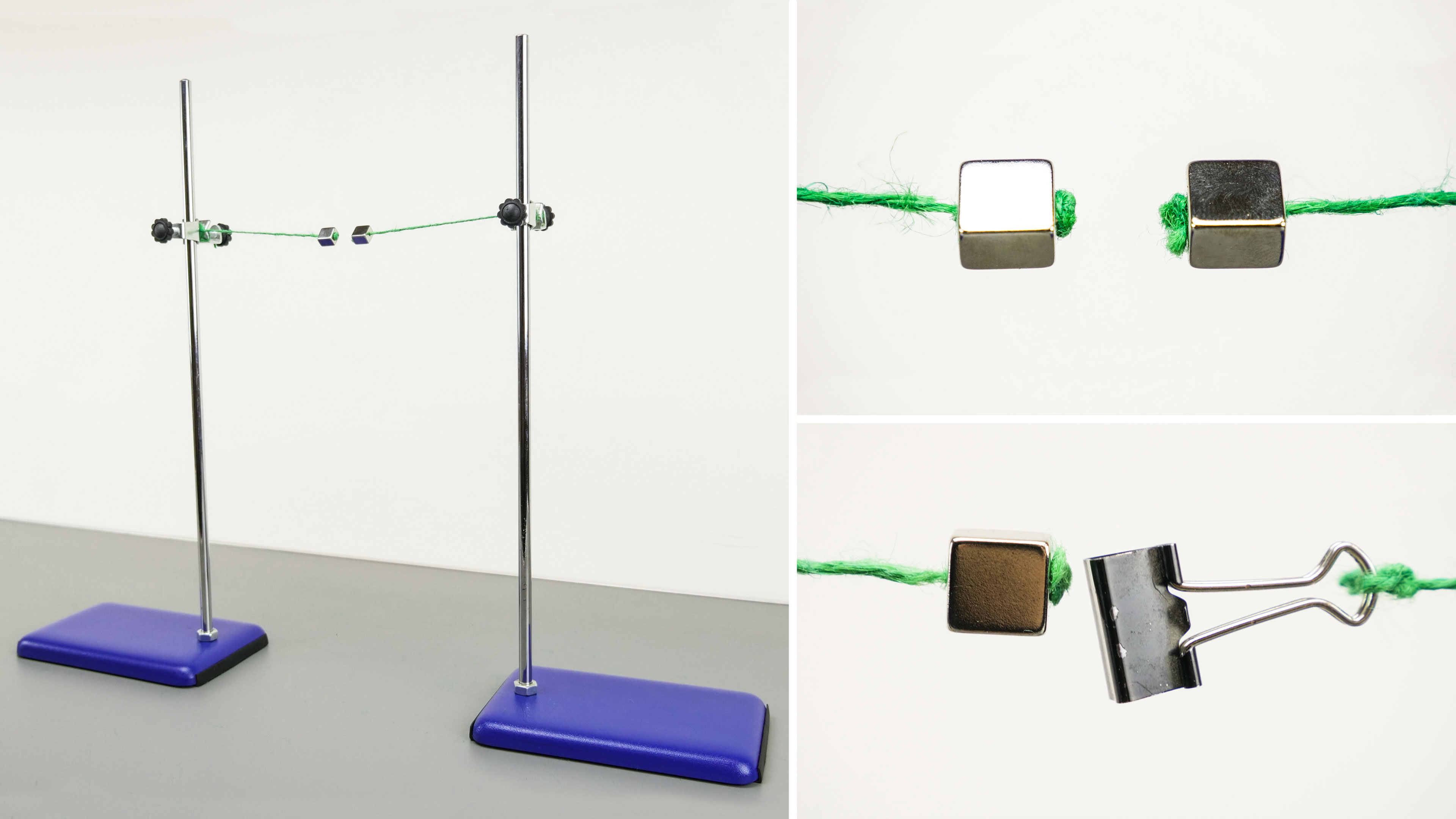 Rare-earth magnets are brittle and shatter easily. Don’t drill a hole into an existing magnet. Source neodymium magnets with pre-made holes or make a harness out of string or wire. When handling or moving magnets towards each other ensure that they don’t collide.

Before the activity, thread strings through each of the magnets and secure with a knot. Also tie one end of a string to the bulldog clip. Suspend the two magnets from a clamp stand so they hang around 10 cm below where the string is tied.

Setting the distance between the magnets and magnet and clip can take a bit of practice. Try it out beforehand. Mark positions on the bench and/or secure stands with G clamps to allow a quicker set-up next time.

Students will be aware that magnets can attract each other and so will accept that two identical magnets pull equally on each other. The force on the left magnet is due to the right magnet; the one on the right is due to the left.

They may be surprised to see the same effect with the magnet and clip. These need to be closer to produce the same size forces but as previously the size of the forces are equal in size and opposite in direction. Like all interactions, magnetic interactions create Newton’s third law force pairs.

Class practical: a motor makes use of the catapult field.

Demonstration: the catapult field seen when two magnetic fields interact can reveal the presence of the Earth's magnetic field...

The attraction isn’t strong enough to lift large flakes, as each contains only a few magnetic particles. In crushed cereal the...

Many students think that magnets stick to certain objects, rather than recognising an attractive force that acts at a distance (without contact), or through intervening materials

Some students may associate magnetism with gravity (seeing one as the cause of the other), and/or think that both require the presence of air