The Institute of Physics has launched the Limit Less campaign to tackle one of the central challenges facing the physics community: its lack of diversity. Over the next few years, the IOP will campaign for systemic change.

We want to see more young people from groups that are under represented doing physics after the age of 16. But the campaign is not directly aimed at young people themselves. Instead, it is aimed at those who help shape their opinions and decisions.

A recent IOP report shows that, despite the ongoing work of physics teachers in schools and colleges, too many students are deterred from continuing with physics by people whose opinions they trust. Misconceptions about the nature of physics can form from an early age and dissuade students from choosing or considering physics. These misconceptions are shaped by a wide range of influences, including their parents and carers, teachers, communities, and messages in the media and on social media.

Young people are told “physics is too difficult”, “it’s not creative” or “it’s boring”. Sometimes, teachers also direct their students away from physics if they feel that they aren’t “suited” to the subject.

The report also shows that young people are being steered away from physics because of prejudice and stereotypes. They are made to feel, implicitly or explicitly, that physics is not for the likes of them based on their ethnicity, their gender identity, their sexual orientation, their disability or their social background. This message can come from both outside and inside their schools.

Through the Limit Less campaign, we will help more young people to seize the opportunities physics offers. In particular, our report highlighted the four groups named below.

Young people in these groups are no less able to study physics than any other demographic group. The underrepresentation of these groups illustrates how society’s biases and expectations can negatively affect their choices.

Our work shows that schools and teachers can significantly improve their opportunities and remove the limits on their choices by addressing those biases as a whole school. But this is not an issue teachers can solve alone.

The Limit Less campaign is lobbying government to provide greater support and empowerment for teachers to lead the way in supporting their students into physics. The campaign is also targeting the other key influences on young people, changing the way physics is represented not just in school but also at home, in the media and on social media. 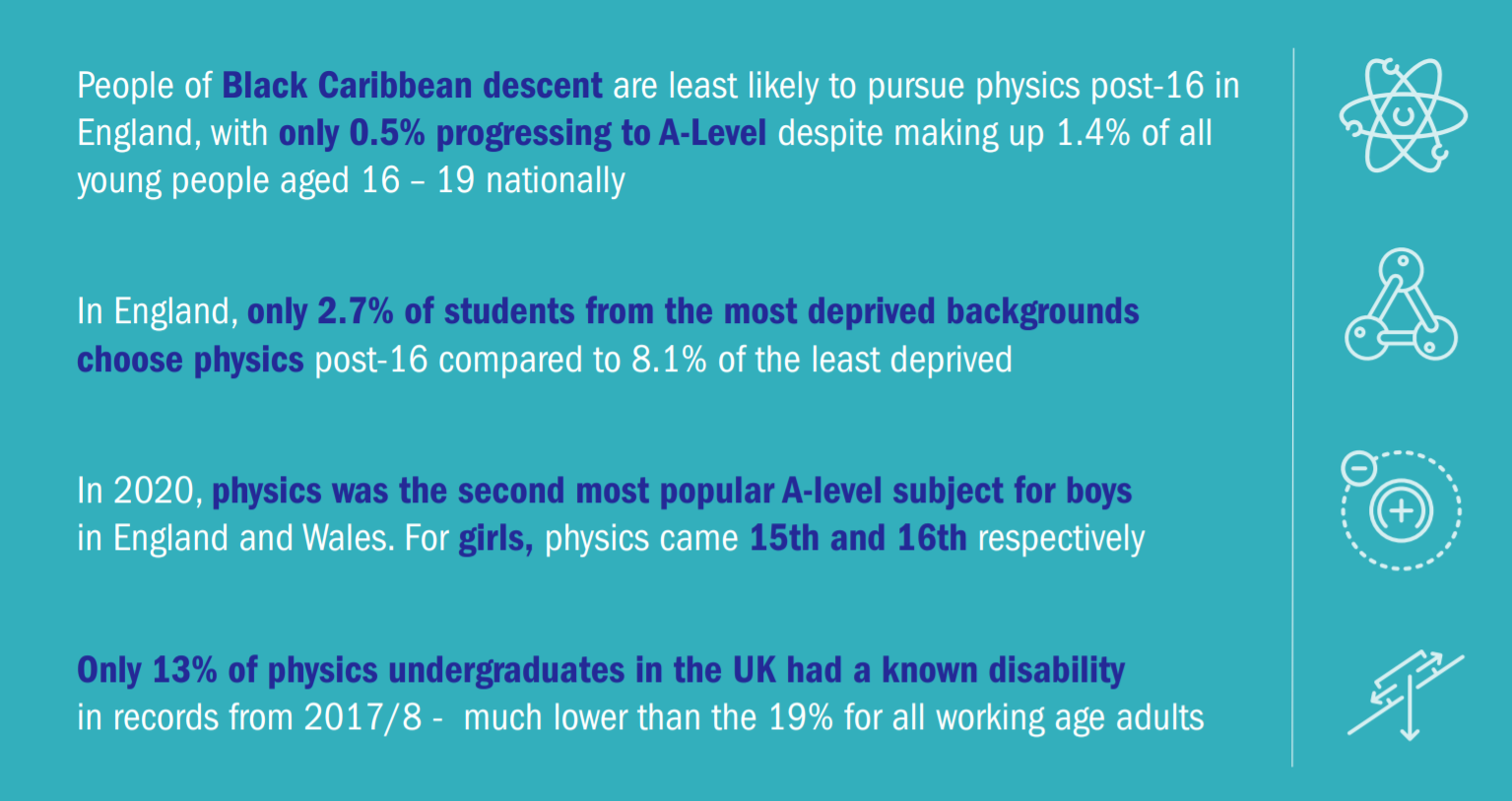 Did anyone in your family or school discourage you from studying physics? Were you ever told physics wasn’t for the likes of you? Here are some responses when we asked IOP members and students in the build-up to our Limit Less campaign.

“This feeling of being seen as ‘other’ made it difficult for me to make friends so I didn’t have anyone I could discuss the work with, or ask if we had homework, or partner up with for practicals”.

“My A-level physics class had 20-25 students but only four students weren’t male, including me”.

“I was studying for my GCSEs when I suffered a traumatic injury to my legs. That and being from a low socio-economic group and an area with a high index of deprivation placed additional hurdles in my way. I managed to scrape my way into Lancaster University. By the end, I finished with a first-class degree”. 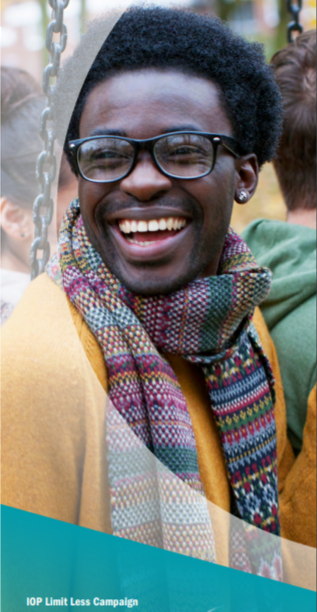