The life cycle of stars

Stars are not unchanging objects – they don't last for ever. They are born, evolve and die.

The life of a typical star starts when a giant gas cloud begins to collapse under its own gravitational attraction. As the particles and atoms fall towards each other, they speed up and their temperature rises.

Eventually, the temperature becomes sufficient for the forming star to begin radiating visible light at the red end of the spectrum, and so the new star appears as a large, bright, red object. This phase is relatively short (in astronomical terms) and generally lasts less than 1000 million years.

The star soon settles into a stable part of its life during which it converts hydrogen to helium by nuclear fusion. What happens next depends on the mass of the star, being different for low mass stars (like our Sun) as compared with more massive stars like Sirius, the brightest star in the sky, or Betelgeuse, a super giant star in the constellation Orion.

Low mass stars use up all of their hydrogen over several thousand million years, converting it to helium. This results in the core of the star collapsing in on itself, the internal temperature increases and the star burns the helium. When this cycle is finished, it is followed by a similar cycle with the heavier elements such as carbon and oxygen. The incredibly high temperatures which are generated at the core of the star (of the order of 120 million degrees Celsius) cause the outer layers to expand and cool and the star becomes a red giant. In the case of the Sun, this will lead to it swallowing up Mercury and Venus, and the Earth will become much too hot to live on. Having now used up all of its fuel, the star collapses to become a very hot, but small, white dwarf star.

Stars of greater mass go through the same cycle initially as smaller stars, apart from the fact that they run at higher internal temperatures leading to a more rapid exhaustion of hydrogen. They then begin to go through the stages of burning helium and carbon to form a red supergiant. Ultimately, the star's nuclear fuel is exhausted and it becomes unstable as there is no energy source to prevent the core collapsing under the force of gravity.

As it does so, a huge amount of energy is released and the star explodes. This is called a supernova and happens very rapidly (in a matter of weeks). The explosion blasts the outer layers of the star off into interstellar space.

The inner remnants of the supernova continue to collapse in on themselves. Protons are converted into neutrons, causing the matter to become increasingly neutron rich, and in some cases a neutron star is formed (a neutron star is thought not to consist of neutrons alone, even though they are believed to account for most of the mass). While this is happening the density increases to such an extent that a matchbox-full of the matter would have a mass of about one million tons.

Rapidly rotating neutron stars can be observed many years later as radio pulsars. The outer remnants of the supernova explosion ultimately produce nebulae – masses of cloud and dust found in the Milky Way.

In the case of stars with a mass greater than about eight solar masses (this is not a definite figure), the collapse continues to the point where the matter is so dense that even light cannot escape and a black hole is created.

Why will the Sun not last forever? 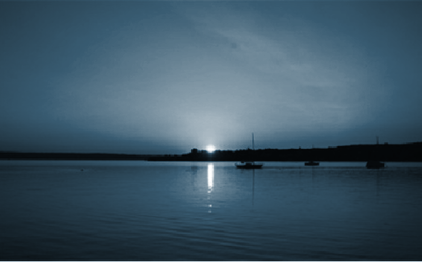 The Sun is a finite source of energy. It is depleting its energy stores at the rate of approximately 3.8 × 1026 joule / second.

To put this figure into context, this is equivalent to the output from 380 000 million, million power stations.

Clearly the energy source is not some large coal fire; the Sun produces this energy by the fusion of hydrogen nuclei to make deuterium, followed by further reactions to make helium nuclei. During this process there is a reduction in mass and the release of an equivalent amount of energy as the nuclear store is depleted.

As a result, the Sun is losing around 4 million tons of mass a second. Of course, this is not sustainable in the long term, and models of the Sun's behaviour suggest that it is halfway through its lifetime of 10 000 million years.

The solar system and beyond - Physics narrative

Many children love learning about space. It is a topic filled with awe and wonder. Yet even now the subject is rife with...

Where have all the elements come from?

Most of the atoms you are made of were themselves made in stars. Read more about this interesting idea here.