The legend of the boiling river

For hundreds of years, legends spoke of a boiling river in the Amazonian jungle. In 2011, geoscientist Andrés Ruzo rediscovered and began studying the river. It is more than 650 km from the nearest active volcano yet the average temperature of the water is 86°C. At 25 m wide and 6 m deep in places, it runs at high temperatures for a distance of over 6 km. Although its ancient name is “Shanay-Timpishka”, roughly translating to “boiled with the heat of the Sun”, it is heated by hot springs powered by geological fault lines. 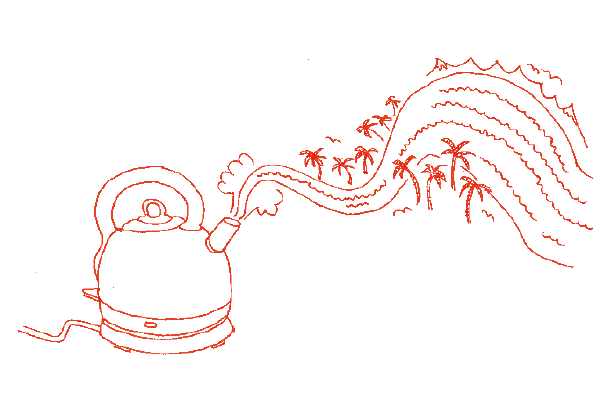 The legend of the boiling river
A. Ruzo, The Boiling River: Adventure and Discovery in the Amazon, New York, NY, Simon & Schuster, Inc., 2016
A. Ruzo, How I found a mythical boiling river in the Amazon, TED Talk, Visited 7th September 2020, Available at: https://www.ted.com/talks/andres_ruzo_the_boiling_river_of_the_amazon?utm_campaign=social&utm_content=talk&utm_medium=referral&utm_source=t.co&utm_term=science

It is recorded that both Philo of Byzantium and Hero of Alexandria carried out experiments using thermoscopes, tubes filled...

It’s getting hot in here!

Passengers who use the deep lines on the London Underground in hot weather will have experienced how uncomfortable the trains...

This post picks up on the third of the three step approach given in the 'Starting Out' post: start and end points in an energy...