Show that only certain colours of light produce a voltage when shone onto an LED. An example of light behaving as a particle. 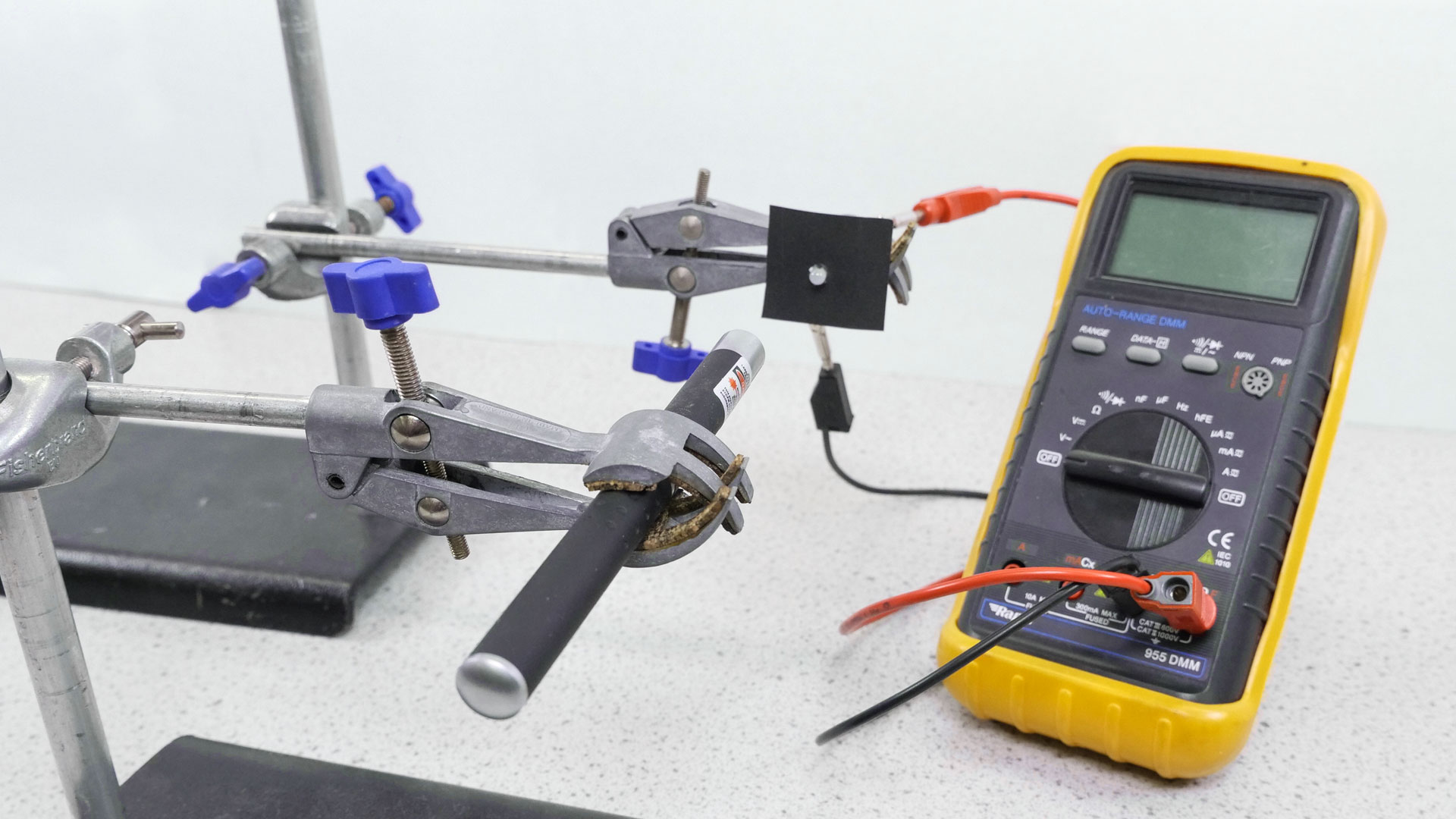 Any sunlight or room light falling on the LED will produce a reading. Carry out the demonstration in a darkened room and/or shield the LED using a black cardboard tube.

The voltmeter should have a resistance of 10 MΩ or greater. Otherwise the small current produced when light is shone onto it will leak away too rapidly to give a reading.

Use only class 2 lasers from reputable suppliers. Fix them firmly in a clamp and direct them away from students towards a screen.

Students may suggest the red light does not produce a reading because the red laser isn’t bright enough. Emphasise that both lasers produce a much more intense beam than the torch. The results can’t be explained in terms of of wave amplitude. It is the frequency of the light that is important.

Discuss how a particle model of light can be used to explain the results. When a 'particle', (photon) strikes the LED it is absorbed. Each photon has an energy directly proportional to its frequency so only those with a high enough energy will release an electron. Red photons are ineffective because they have the lowest frequency and so least energy. Green photons are more energetic. White light is made up of all visible frequencies and so will contain some photons with high enough energy.

You could shine the torch through a diffraction grating onto a wall to discuss how the energy of photons varies across the spectrum.

Students describe an experiment that shows light behaving as a particle.

Millikan’s experiment did not lead to the rapid acceptance of Einstein’s ideas. His light quantum model was widely treated...

This episode introduces an important phenomenon: wave – particle duality. In studying the photoelectric effect, students have...