It’s getting hot in here!

Passengers who use the deep lines on the London Underground in hot weather will have experienced how uncomfortable the trains can become. When London’s underground railway was first constructed in the 1800s, it was marketed as one of the coolest places to be in hot weather. Since then, however, temperatures have been rising.

In recent years, passengers on the Underground system have experienced a mean temperature of 11°C above the ambient temperature, with some areas considerably hotter still. In 2019, The Independent newspaper reported that the Central Line had reached temperatures of over 36°C. 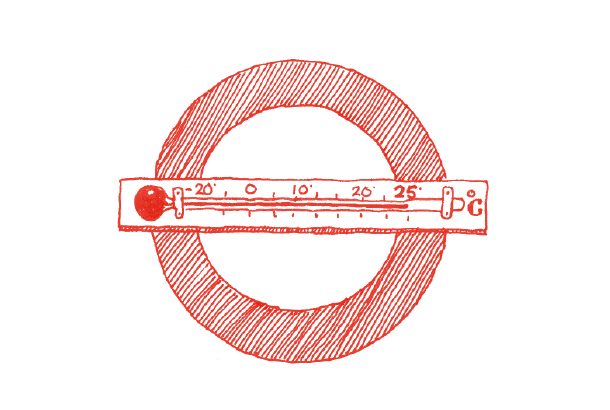 When the Underground’s tunnels were originally dug, the surrounding clay was relatively cool and acted as a heat sink – in the 1900s the temperature of the clay was around 14°C. Since then, energy transferred by trains (mainly from braking) has been absorbed by the clay and currently the ground surrounding the tunnels is at an average temperature of 20 – 25°C. The Underground’s designers had not anticipated this problem and the system currently has inadequate ventilation to dissipate heat. Whilst making changes to the deep and narrow existing tunnels is challenging, engineers have begun to consider creative solutions, including increasing train coasting time and developing a system to recapture energy during deceleration. The new Crossrail network’s engineers have addressed the problem by using a system in which cold air is blown over a train’s traction and braking systems whilst the train is in a station and the hot air is vented along the underside of the platform.

There is evidence that, in the Egyptian Old Kingdom around 2500 BC, and as early as 3000 BC in India, evaporative cooling...

The British Standard cup of tea