Stargazers Copernicus, Galileo, the Telescope and the Church 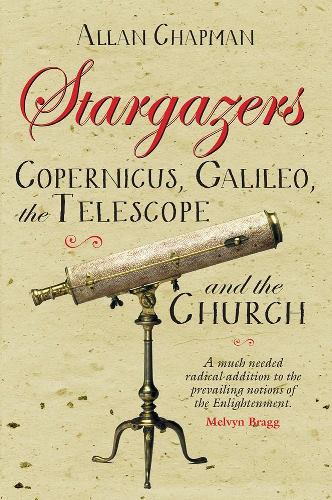 The Scientific Revolution is often presented as starting with Copernicus and the publication of De Revolutionibus in 1543. It then proceeds through Kepler and Galileo and arrives at Newton. These four figures are understandably placed at the centre of the birth of modern physics and astronomy, but a focus on these alone misses so many stories and so much of the context.

Science does not exist in a vacuum. It is still often portrayed in Western thought as being pursued by lone geniuses dependent in no way on the world around them. This is simply a myth. Science exists and develops within historical, cultural, technological, economic and geographical contexts. In addition, there have always been many more people involved in science than most books give credit for: from the manufacture of the paper on which these giants wrote down their findings to the blowing of the glass from which they ground their lenses.

This is not the case in Stargazers: Copernicus, Galileo, the Telescope and the Church, by the historian of science Allan Chapman. He rightly gives a great deal of attention to the four central figures, but recognises and discusses the broader contexts of the time, a period of religious and political upheaval across Europe. This book adds colour and texture to the familiar stories and introduces us to the less well-known, but utterly fascinating, characters involved in astronomy in the period 1500-1700. For example, William Crabtree from Salford, Jeremiah Horrocks from Toxteth and William Gascoigne, the inventor of the micrometer, are all given their 15 minutes of fame, as well as providing extra local richness to the book.