Where am I, and when am I there?

Acceleration, velocity and position have been introduced as descriptions of motion true at an instant. Questions such as When did it have that velocity? are best answered by giving a time of day – a clock reading. You're reporting the right-now status of the motion, not telling a story about how it has been over a period, or interval of time.

The tracks provided by a GPS unit provide a set of positions and clock times (at that instant – not before, and not after). They report where you were and when you were there (so an instantaneous record of position and clock reading). They locate you on a journey as a trail of events. Each event is a statement about where you were and when you were there. Such events are the basis of careful thinking about motion that is necessary to understand Einstein's theory of relativity.

It is possible that the trail records your position as unchanging for a number of different clock times: in that case we'd suggest that it's natural to say, for that duration, that you were stationary. The duration is then specified by the difference in clock times

It's also possible that such a trail reports that your position changes over such a duration. We'd suggest that you call this difference in position displacement

You are literally displaced, or repositioned. This change may or may not represent the actual journey you took – it all depends on how often the positions were recorded (so it may not be an accurate record of the distance you actually travelled). So it may not be a good idea to try and find the speed at which you were travelling from such a trail. You could find the velocity: →v = →d Δ t. But we suggest you leave this for post-16 study.

Suggestions for referring to quantities 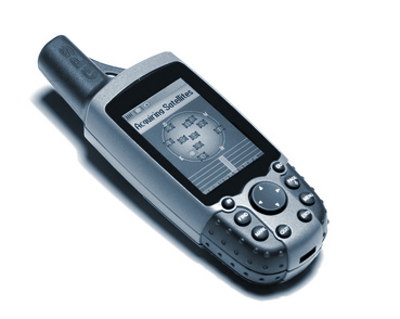 Here are some suggestions as to how to refer to quantities, taking care to be consistent:

Teacher Tip: Clock readings (an instant) and position (instantaneous) together define an event – a location in space and time.

Teacher Tip: A series of (such) events – clock readings (an instant) and positions (instantaneous) – provides a trail, which can report a motion.

Teacher Tip: A period of time in such a motion is a duration, being the difference between two clock times.

Predictions – extrapolating to where you'll be, when you'll be there, and at what velocity you'll be travelling

Acceleration accumulates velocity, so that by finding out the acceleration and velocity now (at this instant, for this clock reading), you can gain some insight into the future – assuming some things don't change. This is the beginning of making predictive models, and is an essential part of physics. (The quality of the insight is often judged, to a significant degree, by the success it has in contributing to a predictive model.)

So here's a simple recipe, for predicting future velocities:

You can carry out a similar process for displacement and velocity, so predicting changes in position. Remember that velocity accumulates displacement.

We'd suggest that you use →a, →v, →s or →d together with intervals of time ( Δ t) to project forward. Avoid averages.

Averages and reporting on journeys

When there's an actual track, such as might be recorded by a GPS unit recording a trail of events at a high frequency – that is, lots of (clock readings and position) records every second – then it's reasonable to suppose that it does map an actual journey, depicting rather accurately the distances covered.

Then you can use speed = distanceduration, where speed is necessarily average speed.

You can make a connection from these averages to instantaneous speed (the magnitude of →v, written ||→v ||). You simply split the journey into smaller and smaller chunks.

Split the journey duration (from beginning to end) into many intervals (from initial to final). As the time intervals get shorter and shorter, so the speed you calculate will get closer and closer to ||→v ||.

So you can see how the instantaneous and average speeds are connected, and which is closest to the ||→v ||.

A similar thing happens to the values of distance and ||→d || as you chop the journey into smaller and smaller pieces. That should make sense if you remember the original caution about the distance not being, in general, equal to the ||→d ||.

(You can, in fact, see this averaging error in progress when you reduce the number of points in a GPS track. Any software that re-constitutes your track from the simplified trail does so by drawing straight lines between the (newly reduced) points. This straightens out the wiggles, so under-reporting the actual distance you covered.)

On taking a point of view

'When Einstein was travelling to lecture in Spain,

Once again, it's helpful to think of this process in terms of physical, energy and pathway descriptions.

Rocket man and the perils of acceleration

The highest empirically recorded acceleration survived by a human was experienced by the test pilot John Stapp while strapped...

Many students think that, if an object has a speed of zero (even instantaneously), it has no acceleration