The history of the concept of energy and work

The word ‘energy’ originates from the Greek energhéia, a concept Aristotle linked with the idea of hypothetical entities becoming real. It was applied by physicians until the 1600s to the notion of a supposed irritant substance conveyed by nerves that stimulated action.

Aspects of the concept of work done appear as early as 60AD in the writings of Hero of Alexandria. Hero reported that if a weight were raised with a pulley system by the exertion of a force less than the weight being lifted, the rope must be pulled with a speed greater than the speed with which the weight rises.

Galileo and Descartes get the ball rolling

Galileo, without explicitly discussing the concept of conservation of energy, hinted at an understanding that certain kinds of machines were impossible:

… as if with their machines they could cheat nature whose instinct — nay, whose most firm constitution — is that no resistance may be overcome by a force that is not more powerful than it.

God… in the beginning created matter along with motion and rest, and now, through His ordinary concourse alone, conserves just as much motion and rest in the whole of it [i.e., the material world] as He put there at that time.

In his 1664 Principia Philosophiae, Descartes proposed a number of (flawed) laws of collisions that used the concept of quantity of motion, calculated as the product of mass and undirected speed. Building on Descartes work, in 1668, John Wallis, Christopher Wren and Christiaan Huygens presented work to the Royal Society in which they argued that the direction of velocity was a significant aspect of the quantity of motion.

Leibniz disagreed with the Cartesian notion that the total ‘motion’ was conserved and distinguished two concepts: vis viva (the living force), defined as mass times velocity squared (twice the modern kinetic energy), and vis mortua (dead force) which is somewhat related to the modern notion of potential energy. Leibniz derived his definition of vis viva by considering the ‘force’ acquired by two falling bodies, one of mass m dropped a distance 4h and another mass 4m which falls a distance h.

Leibniz used the law of falling bodies to argue that the object with mass m reaches double the velocity of the 4m object, because it falls four times the distance. As the same ‘force’ is required to lift both bodies, the value of vis viva should be related to mv 2 not mv. Moreover, Leibniz argued that the quantity mass multiplied by velocity squared was conserved.

A disagreement between followers of Leibniz and Descartes over the nature of vis viva occupied philosophers for over 50 years. English and French thinkers tended to favour the notion that ‘living force’ was represented by mv, with Dutch, German and Italian philosophers preferring Leibniz’s mv 2 construction.

It is argued that Newton understood, and used mathematically, the concepts of the kinetic and potential energy in the context of objects in orbit, without having explicit terminology for the concepts.

Du Châtelet −  inferior to no one

A significant contribution to the debate about the nature of the concept of energy was made by Émilie du Châtelet, a French philosopher and scientist born in 1706. Du Châtelet had been brought up by a progressive father who encouraged his daughter’s training in horse-riding and fencing alongside an academic education in mathematics, literature and science.

After an arranged marriage to a member of the nobility, du Châtelet became a mother but resumed her mathematical studies with a series of eminent tutors. At the time, the Café Gradot in Paris was a favourite venue for thinkers to meet and debate but, when du Châtelet attempted to follow a tutor into the café to continue their discussion, she was ejected because she was a woman. Undeterred, du Châtelet had a man’s suit made and returned a week later, in disguise, to engage in the discussions. 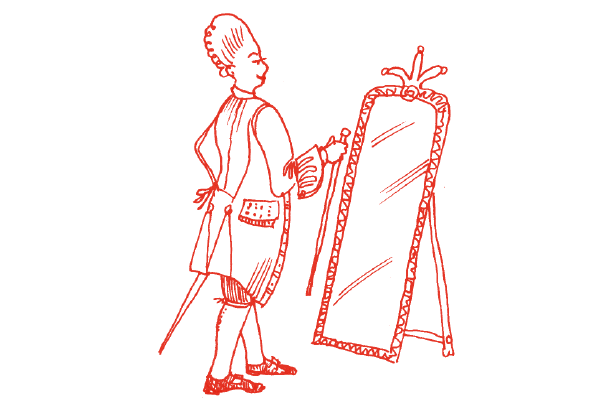 One of du Châtelet’s most significant contributions to the energy debate was a critique of an argument proposed by James Jurin, who supported Descartes’ model of ‘force’ as mv. She proposed a thought experiment in which a spring projects a ball forwards on the deck of a boat. She pointed out that Jurin (and others) had neglected the recoiling motion of the boat. She asserted that the model of ‘force’ as mv, which had been supported from this mistaken assumption, should be replaced with the quantity 1/2mv 2 and proposed the conservation of total energy in addition to conservation of total momentum.

Du Châtelet became the first woman to have a paper published by the Paris Academy. She had developed a close personal and professional relationship with Voltaire with whom she collaborated on scientific research. However, when he entered a paper on the nature of fire to the Academy’s essay competition in 1738, she disagreed with his thesis and submitted her own rival paper. Neither won.

In addition to her scientific pursuits, du Châtelet enjoyed gambling at cards, losing 84,000 livres (just over a million pounds in today’s money) in one evening. She encountered significant prejudice throughout her life due to her gender. The German philosopher Kant wrote:

A woman who… carries on fundamental controversies about mechanics, like the Marquise du Châtelet, might as well even have a beard, for perhaps that would express more obviously the mien of profundity for which she strives.

She was unbowed and refused to be seen simply as a footnote to men’s lives, writing:

Judge me for my own merits, or lack of them, but do not look upon me as a mere appendage to this great general or that renowned scholar, this star that shines at the court of France or that famed author. I am in my own right a whole person, responsible to myself alone for all that I am, all that I say, all that I do… I confess that I am inferior to no one.

Her final project was translating Newton’s Principia into French. Aged 43, du Châtelet discovered she was pregnant and feared she would die before she completed the translation. She increased her work schedule reporting:

I get up at nine, sometimes at eight; I work till three; then I take my coffee; I resume work at four; at ten I stop to eat a morsel alone; I talk till midnight with M. de Voltaire, who comes to supper with me, and at midnight I go to work again and keep on till five in the morning… I must do this… or lose the fruit of my labours if I should die in child-bed.

Sadly, her fears turned out to be justified. Du Châtelet died six days after giving birth.

Around 1720, the Dutch physicist Willem Gravesande set out to experimentally resolve the controversy over whether vis viva was best represented as mv or mv 2. Gravesande dropped balls of different weight into a layer of clay and measured the depth of the impressions they made. This led him to conclude that Leibniz’s construction of mv 2 was correct; a difficult conclusion as Newton, his idol and mentor, had championed the quantity of motion as mv. When it was argued that his conclusions were ‘treason’ to the Newtonian cause, Gravesande replied: “Real Newtonians don’t follow a person but a method.”

Gravesande is also notable for devising the common classroom experiment in which a brass sphere can be passed through a brass ring at room temperature but fails to fit after the sphere has been heated.

Some historians of science argue that the vis viva debate was finally resolved by Jean Le Rond d’Alembert in 1743. He pointed out that the controversy was “un dispute de mots”, a dispute over words, rather than a disagreement of physical models. He showed that it was possible to use both conservation of mv and mv 2 in the same system.

In 1807, Thomas Young was the first person to use the modern sense of the word ‘energy’ for the quantity of mass multiplied by velocity squared. William Thompson, who later became Lord Kelvin, is credited with introducing the concept of kinetic energy in 1849. We now associate the concept of an object’s kinetic energy with the quantity of one half of its mass multiplied by its velocity squared.

Galileo was interested in predicting how bodies move. He allowed an object to roll down and up a curved track, and showed that...

Energy of a system

The energy of a system that is completely isolated is a quantity that is conserved: it cannot change and is therefore useful...

The purpose of this activity is to enable pupils to build up some idea of the size of the joule unit of energy.