Brother and sister Frederick William Herschel and Caroline Lucretia Herschel collaborated on astronomical research in the 1700s and 1800s. William had intended to follow in his father’s footsteps and pursue a musical career. As a boy, William played the oboe in a military band but life in the army held no appeal and he left Germany and settled in Bath to work as an organist. His musical career flourished and his public performances to the wealthy town society allowed him to earn more from music than the income of the Astronomer Royal at the time.

William invited Caroline, who was 12 years his junior, to live in Bath to escape her controlling mother and a life of domestic drudgery and to pursue her ambition of becoming a soprano. Whilst initially pursuing his musical career by day, William developed an interest in astronomy at night and both siblings were soon caught up in the astronomical obsession. Caroline reported that she was “much hindered in my [musical] practice by my help being continually wanted in the execution of the various astronomical contrivances”.

Finding that writing notes harmed the dark adaptation of his vision necessary for observing dim nebulae, William asked Caroline to assist his note-taking. As his observations grew more ambitious, the mirrors available from local grinders were no longer suitable for William’s research, and the siblings set up a foundry in the basement of their home, with Caroline spending hours making horse dung moulds for their mirrors. To add to the family industry, their brother Alexander also contributed to the constructions of telescope parts. The astronomical work for her brother impacted Caroline’s musical ambitions and, when she was invited to appear as a soloist at a concert in Birmingham, she refused the invitation explaining: “I never intended to sing anywhere but where my Brother was the Conductor”.

The first woman to be paid for science

William’s discovery, in 1781, of what he initially thought was a comet but was later identified as a new planet, Uranus, led to academic recognition and a salary from King George III. William encouraged Caroline to sweep the sky for further comets but her observation of a number of previously unrecorded nebulae sparked her brother’s interest in cataloguing the objects. By 1787, Caroline had claimed the discovery of 17 nebulae and, during her observing career, identified eight novel comets. She was granted an annual salary of £50 by the king and is claimed to be the first woman to receive a salary for scientific work. Caroline was awarded the Astronomical Society’s gold medal and her citation noted that her work “may be considered as the completion of a series of exertions probably unparalleled either in magnitude or importance in the annals of astronomical labour”. 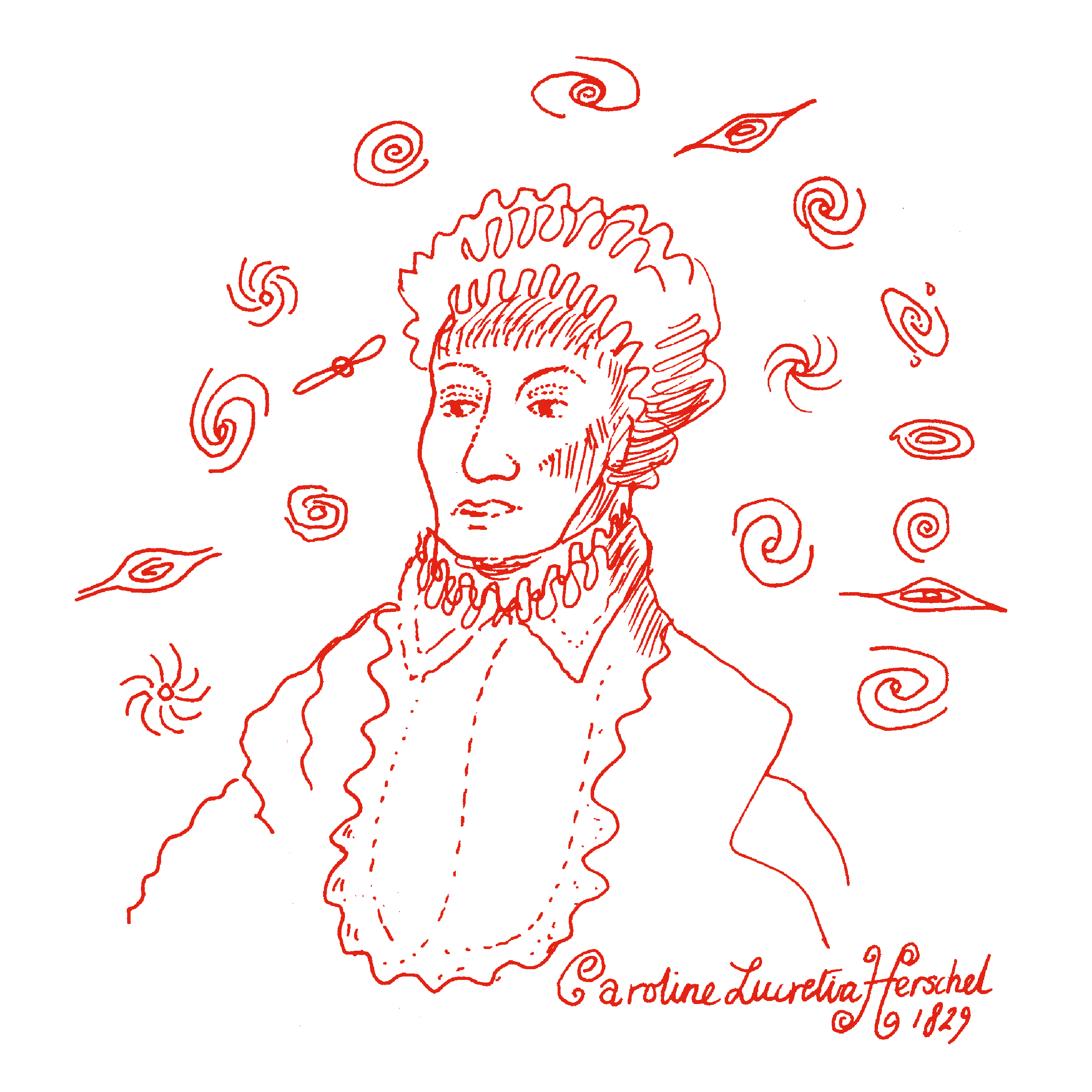 Some students think that gravity requires the presence of air (so there is no gravity on the Moon, or in space)