Radioactivity is a random process; it is impossible to predict exactly when a particular atomic nucleus will decay. However, the time for a given fraction of nuclei in a sample to decay can be determined. The half-life of a sample of a radioactive nuclide is defined as the time interval during which half the nuclei in a sample undergo radioactive decay (see figure 1). The length of this interval does not depend on its starting point, i.e. on the number of nuclei present initially. If the nuclide decays to non-radioactive products, the half-life is also the time interval during which the activity of the sample halves. The activity is usually easier to measure than the number of nuclei.

Half-life is usually represented by the symbol t1/2. 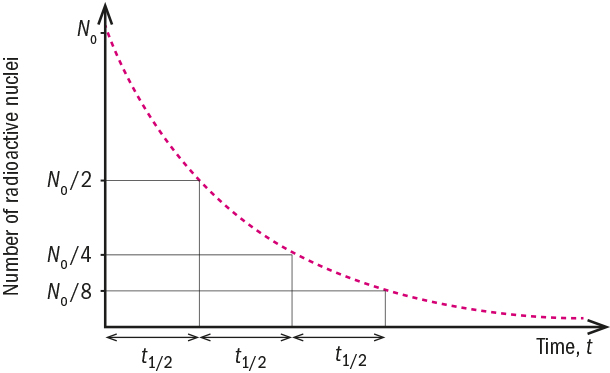 Figure 1: The number of radioactive nuclei remaning in a sample over time.

Although the concept of half-life is well defined for a particular decay process in a particular radioactive nuclide, many nuclides decay through different mechanisms and each will have its own half-life. In addition, the products of the decay, the daughter nuclei, are often radioactive themselves and will have a different half-life. Therefore, even in what starts out as a pure sample of a single nuclide, there can be numerous decay processes, each with a different half-life. In such cases, the decay in activity of the sample is not a simple exponential process and cannot be described by a simple half-life.

The range of half-lives is very large, from fractions of a second to millions of years. Long half-lives are a particular problem in dealing with radioactive waste, which must be made secure for many thousands of years due to its toxicity. Some medical diagnostic procedures involve injecting a radioactive nuclide into the patient’s bloodstream to image various parts of the body. The half-life of the chosen nuclide must be long enough for there to be time for the nuclide to enter the body and reach the area of interest but short enough for the activity to be within recommended safety levels in a few hours. The gamma-emitting nuclide technetium-99m, widely used in such procedures, has a half-life of 6.01 hours. In other applications, a long half-life is desirable. For example, most domestic smoke detectors use the nuclide americium-241, which is a source of alpha radiation. This nuclide has a half-life of 432 years, so its activity does not change noticeably over the many years for which a detector may be in use. Kits supplied to schools for practical work involving radioactivity typically use either caesium-137 or cobalt-60 as a source of beta radiation. Caesium-137 has a half-life of 30.1 years but the half-life of cobalt-60 is only 5.3 years. Over a period of 30 years, the activity of a caesium source will halve, but that of a cobalt source will decrease to about 1/50th of its original value; the caesium source will still be useful after 30 years, but the cobalt would need to be replaced long before 30 years elapse.

What halves during a time period of one half-life? This thinking that underpins this challenge relates closely to the...