In 2017, researchers at LIGO (the Laser Interferometer Gravitational-Wave Observatory) in the United States noticed glitches in their data which, on investigation, turned out to have an unexpected source — ravens. The birds had been seen close to pipes that vented nitrogen gas and peck marks were discovered on the ice that accumulated on the gas lines.

As the pipes were connected to an internal vacuum chamber, vibrations caused by the pecking altered the path light travelled along in the interferometer. The problem was solved by covering the lines with an insulating material.

The team captured photos of ravens in the act of pecking at the ice and a member of the LIGO team commented:

“I guess we can’t blame them for desiring shave ice on a hot desert afternoon.” 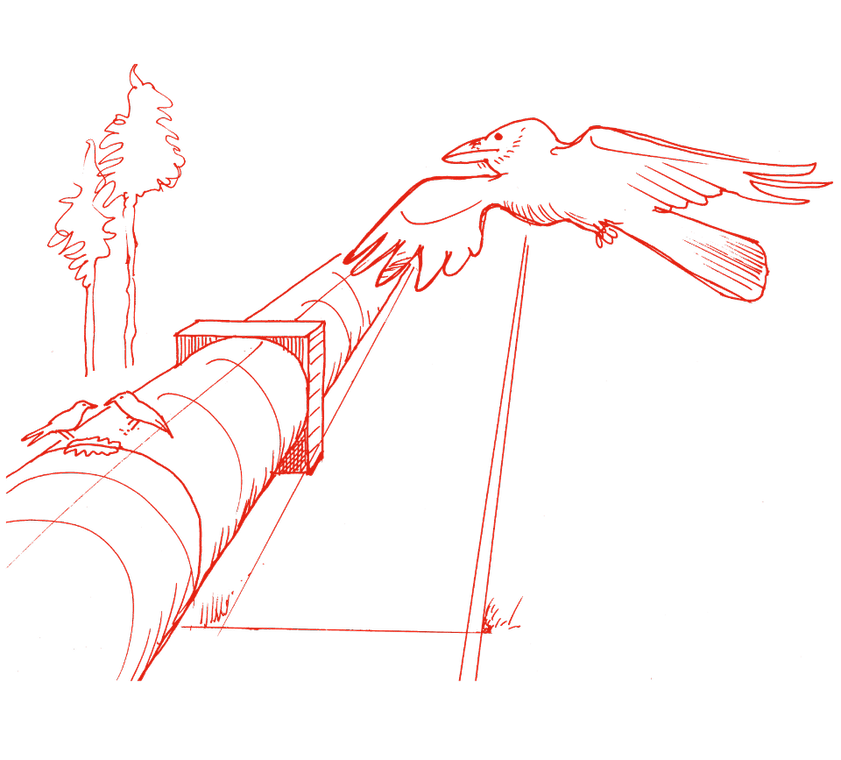 Some student believe light bounces off things, but this has no relevance to seeing