Motors switch paths – they're a kind of device

Batteries are just about everywhere. Expensive, portable power is something that we are prepared to pay for. Mobile phones, cameras, music players and torches nearly all rely on batteries. Such chemical stores seem to be essential to the mobile lifestyle. There are a few small devices that rely on a wound-up spring (an elastic store of energy), but these aren't very common.

However, being mobile tends to rely on different chemical stores. People can walk, cycle or catch the train, but many choose to drive. The electric motor is not widely used in cars. Why might that be? 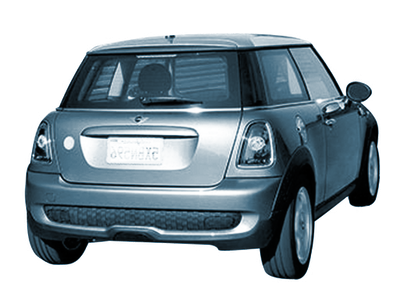 Getting something moving is, after all, quite simple, at least in principle. Cars are devices for shifting energy from a chemical store to a kinetic store as the vehicle speeds up, and from the chemical store to various thermal stores at cruising speed. Batteries seem to be a suitable chemical store, yet we burn fossil fuels instead – something that few would consider doing to power their mobile phones. 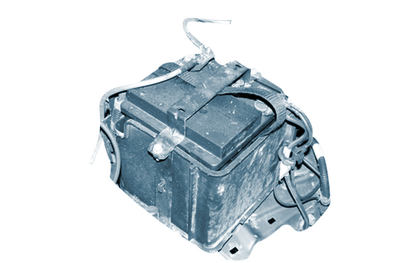 Another feature of such a device is that it has to have a designed working power. There will be a maximum rate at which it can shift energy. There might be a number of reasons for this. One will be to do with efficiency. The motor is designed to operate very efficiently, switching as much power as possible along the desired pathway. However, there will be some misdirection, with energy filling a local thermal store as a consequence. For example, the BMW Mini E (an all-electric car) has an electric motor rated at 150 kilowatt. It can shift energy safely at any rate up to this. This 150 kW sets the maximum acceleration – the kinetic store is being filled at the maximum rate. It also sets the top speed – the thermal stores are being filled at the maximum rate and no more energy is shifted to the kinetic store.

Batteries have one big downside: not much energy can be stored for each kilogram of battery. The Mini E's batteries store about 100,000 kilojoule. If the power in the pathways is at a maximum, 150 kilojoule inverse second (150 kW), then the car doesn't run for long before needing a recharge. More practically, the car has a rather limited range before the energy store associated with the battery needs replenishing. This is quoted as 230 km.

Purists suggest that you should think of energy only in abstract mathematical terms, but for some this is not helpful. You can...

Energy transferred by an electric current