The gas laws and Deflategate

Deflategate is the name given to a controversy that arose during an American football play-off game between the Indianapolis Colts and the New England Patriots in 2015. It is alleged that the Patriots’ quarterback, Tom Brady, ordered footballs to be deflated, giving an advantage to his team in rainy conditions as the ball was easier to catch and hold. 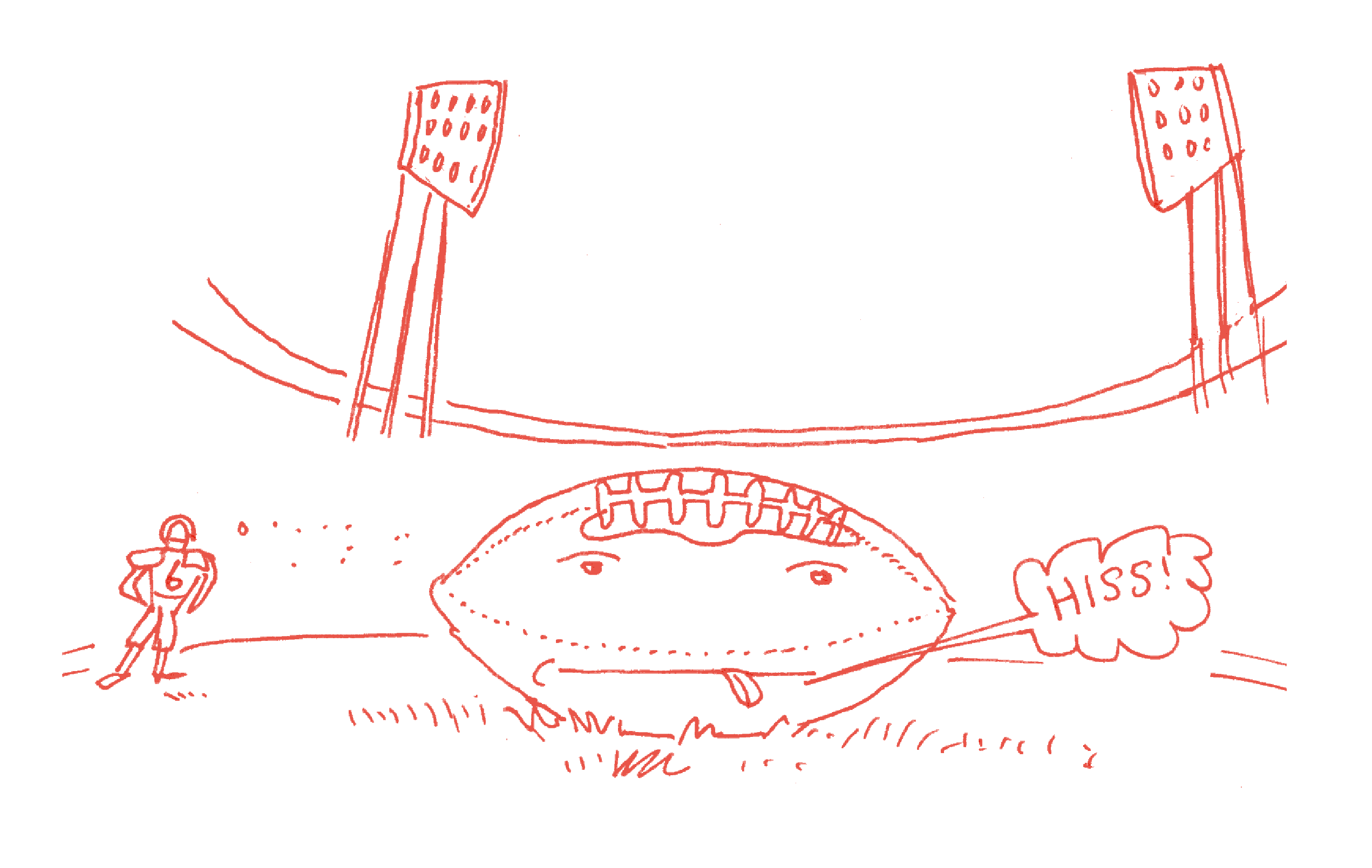 A paper in The Physics Teacher journal investigated whether the change in pressure in the ball might be explained by changes in temperature or from evaporative cooling, rather than foul play. The authors conclude that, if the pressure of the ball was measured immediately after it was taken from the cold field to a warm locker room, a pressure drop of 1 psi might be expected due to the change in temperature. They report that evaporative cooling is unlikely to have made a significant contribution to changes in pressure due to the water-repellent coating of the ball.

The National Football League (NFL) commissioned a report into the claims, which included contributions from a Princeton physics professor. The report concluded that the loss of air pressure was due to human intervention. Following the report, the NFL suspended Tom Brady for four games without pay and the Patriots were fined $1 million.

The hot water raises the temperature - the pressure increases and the molecules spread out (some leave the bottle). When the...

But what exactly is pressure? Thinking about par...

Here the macroscopic phenomenon of pressure is related to the actions of the particles.

As stated earlier, the pressure in a liquid, such as water, increases with depth. You're also probably aware that this is true...

Many students think that static gas does not apply pressure

Many students think that pressure only acts downwards